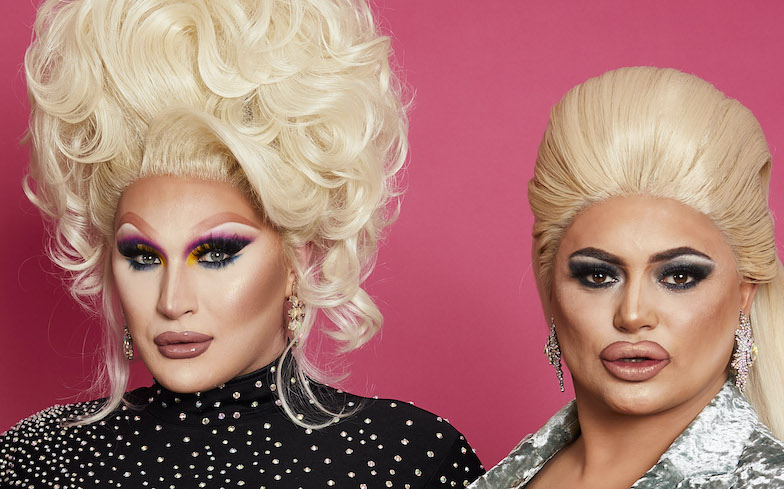 “Everybody else will be getting paid apart from the drag queens? Not acceptable.”

On Saturday night (30 November), RuPaul’s Drag Race UK fans were gagged when season one finalist Baga Chipz made a surprise appearance on The X Factor: Celebrity as a back-up dancer for The Chase star, Jenny Ryan.

Baga performed with two other drag queens as Jenny, her close friend, performed The Edge of Glory by Lady Gaga. The performance was one of the gayest in The X Factor’s history, and Jenny was hailed as an “LGBT icon” by the judges.

Shortly after, Drag Race UK winner The Vivienne told fans via Twitter that she had been approached to perform alongside Baga, and was honoured, but declined because she was told it wasn’t going to be a paid gig.

“Everybody else will be getting paid apart from the drag queens? Not acceptable,” she wrote. “EXPOSURE DOESNT PAY THE BILLS! 9 weeks of bbc versus 3 minutes on itv. Drag had TRIPLE the viewing figures or Xfactor.”

Baga later took to Twitter to tell her followers that she appeared on the talent competition series to support her “beautiful mate” and to show the world that drag queens are “taking over the mothertucking universe”.

After The Vivienne’s tweet gained traction on social media, in which many fans slammed the show and demanded they pay all their performers, an X Factor representative denied her claims and said “everyone who is performing tonight is getting paid”.

It was later corroborated by Baga, who admitted her mistake and tweeted: “I’ve just had to sign a form.. girls been paid.”

The Vivienne wasn’t having any of it, revealing to Twitter that Baga’s agent confirmed over the phone that it was unpaid. “How convenient. Not until I called them out did it suddenly become ‘a mistake’,” she wrote.

“We were BOTH told on the same phone call it was UNPAID. I call bullshit.”

In a series of tweets, The Vivienne responded to social media trolls and rightfully said that no one should have to work for free, revealing that the queens on Drag Race UK were all paid by RuPaul to star on the series.

“Ru paid us for the show. Don’t try me,” she said to one user, while she wrote to another: “We got paid for drag race. You know nothing. And you also get a HUGE career after it. Pipe the fuck down.”

Thankfully, there’s no drama between Baga and The Vivienne. The two appear to be as strong as ever, and have been uploading videos and photos of each other from behind-the-scenes of the RuPaul’s Drag Race UK Tour.

The two are also set to reprise their iconic Snatch Game characters as Trump and Thatcher for Morning T&T, a “spoof of Good Morning Britain”, which will premiere on WOW Presents Plus. Watch the hilarious trailer below.