Here’s how viewers reacted to the series finale of Pose 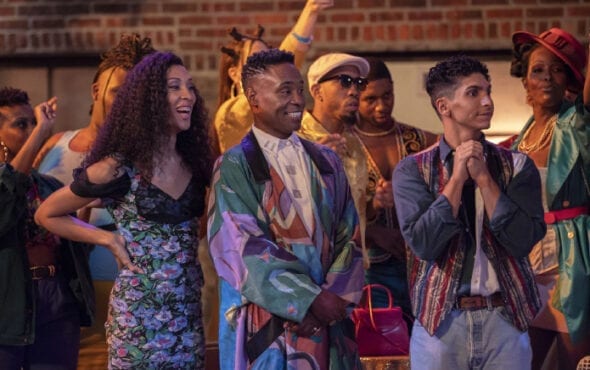 On 6 June, the widely-acclaimed LGBTQ+ series from Steven Canals, Brad Falchuk and Ryan Murphy – which memorably made history with the largest number of transgender regulars on television – came to an end after three seasons.

Viewers came out in droves on social media to celebrate the show’s legacy and their reactions to the finale. From browsing #Pose on Twitter, it’s clear the finale had a devastating impact on fans, with one saying the episode “fucked them up” and another that it left them “broken”.

While one fan expressed disappointment in Pose coming to an end with season three, they hailed the finale as “powerful” and the show as “groundbreaking” for its representation of the transgender community. “The category is LOVE!” they wrote.

Another said: “#PoseFX series finale hit me hard. I’ve been sad this it ended. Flaws and all. I am so happy I got to see a show like Pose.

Speaking with GAY TIMES for our Summer 2021 issue, Canals said he and Murphy “always knew” when Pose would come to an end.

“We always knew that the end of the series was going to be 1995/96 when HIV/AIDS stops being a clear death sentence. As much as our show is a family drama, it’s an investigation into HIV/AIDS and the ways that it impacted Black and Brown queer and trans people living in New York,” he explained.

“We didn’t necessarily know how long it would take us to get there, but I think once we went into the writer’s room for season three, it just became abundantly clear to me that the end goal was in our eyeline. I didn’t want to be that person who stays at the party too long where everybody’s like, ‘You’re still here? What are you doing?’

“I just feel like, ‘There’s the ending. I see it. It’s right in arm’s reach, so why pivot and make a right turn as opposed to going straight into it?'”

You can read Canals’ full interview with GAY TIMES in our Summer 2021 issue, which you can purchase here, and read the reactions from viewers about the Pose series finale on Twitter below. Warning: there will be spoilers.

this season finale of Pose done fucked me up 😭

Bye pose finale has me broken

The #PoseFinale #poseonfx is so sad. A beautiful story spanning three seasons with one of the most talented casts I have ever seen. It’s bittersweet but it is being done right. I wish the best to everyone involved going forward because they all really deserve it.

Pose already has me screaming and crying tonight with this finale tonight, and it’s not even halfway over 😭😭

How Pose has me for most of this Series Finale! #PoseFX pic.twitter.com/0tMOKGGXBM

Not me tearing up at this performance 😭😭 #PoseFX I fucking love Pose, and the nerve for this being the SERIES finale! pic.twitter.com/PENNyN5Cyf

That was a great finale. They honored the pilot. We know our characters are going to be ok and a new generation will live, werk, pose. #PoseFinale #PoseFX

That was an amazing finale. I’m so happy for all the beautiful ladies living their dreams. Angel is a model, Blanca is a nurse, Lulu is an accountant and Elektra is a business woman/entrepreneur. I’m gonna miss this show a lot. #poseonfx #PoseFinale #PoseFX pic.twitter.com/ZLL3HDs44k

I am upset that #PoseFX is really done….the series finale was sad YET powerful…..Respect to the entire Pose cast and crew for this groundbreaking show!!

The category is LOVE!!! pic.twitter.com/GvtYaSlYWZ

What a series finale!!!! I’m satisfied with the ending and I’m happy with how everything wrapped up. I have a list of shows to watch next I just don’t know which to watch….. 🤔 #PoseFX #POSE pic.twitter.com/XAGeE2XnEy

#PoseFX series finale hit me hard. I've been sad this it ended. Flaws and all. I am so happy I got to see a show like Pose. This industry should've learned after the success of Barry Jenkin's "Moonlight" about the need to put more Black LGBT stories forward centering Black love

I am sobbing nonstop during the series finale of #Pose.

Thank you so much for including Act Up.

Act Up was and is exactly the tactics we should use. When medicine is bigoted and lethally indifferent, make their lives a nightmare. pic.twitter.com/3ba0uNWejn

I went from singing Mary J’s “Not Gon’ Cry” in anticipation for #PoseFX series finale, to ugly crying when I heard Pray Tell say Live, Work, Pose for the last show opening. pic.twitter.com/zNF7XCQ6ER

This Pose season finale has me in TEARS😭

the Pose finale got me feeling so damn emotional 🥺🥺😭😭

This is what the Pose Series Finale doing to me right now! #PoseFX pic.twitter.com/P6W670T5tB