Here’s a brief history of ACT UP, the HIV/AIDS group at the centre of new gay movie 120 BPM 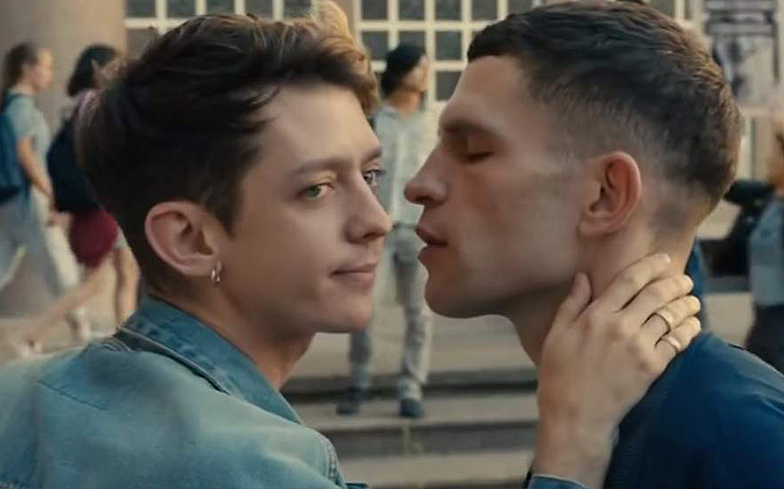 If you haven’t made it to the cinema to see French film 120 BPM (Beats Per Minute) yet, then make sure you get it in your diary soon.

The film follows a group of activists from ACT UP Paris, the French brand of the global movement trying to raise awareness of the HIV/AIDS epidemic back in the early 90s when the community felt all but ignored as their friends dropped dead from the virus around them.

Starring Arnaud Valois and Nahuel Pérez Biscayart, the film is intensely personal to director Robin Campillo who was a member of ACT UP at the time 120 BPM is set.

To mark the release of this important film, a brief history of ACT UP has been released, and you can see if here first on Gay Times.

The video chronicles the outbreak of HIV/AIDS in the US, through to the inception of ACT UP and the stunts activists pulled off to raise awareness and educate.

“I wanted to show this movement as gay men coming together and deciding not to be the ‘good gay victims’ of this epidemic, but the evil fags, you know what I mean?” Campillo recently joked to Gay Times about some of the stunts his characters pull off in 120 BPM.

“If we are monsters, we are going to be monsters!”

Last year, 120 BPM was awarded the prestigious Grand Prix at the 2017 Cannes Film Festival, and has been a box office hit in the country.

It opened in the UK this past weekend, and you can find your local listings here for showings.

“120 Beats Per Minute is an unflinching, often exhilarating and ultimately moving portrayal of a community galvanising during a crisis,” Gay Times declared in our four-star review.

Watch the official trailer below: