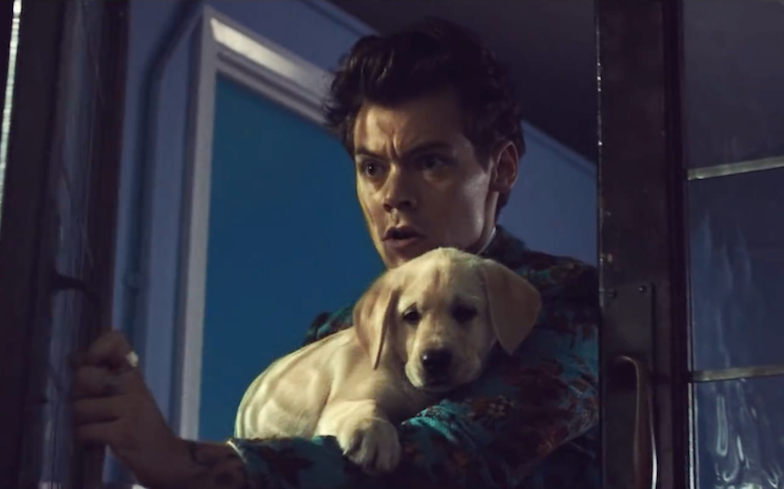 Kiwi is the third single from Harry’s self-titled debut album.

Harry Styles has finally debuted another music video, and this time it’s for the rock’n’roll jam, Kiwi.

The video follows a young, female Harry Styles lookalike – same Gucci suit and everything – as she embarks on a cupcake fight at school with several other children.

Ironically, Kiwi is the least child-friendly song on the album, with lyrics such as: “She worked through a cheap pack of cigarettes, hard liquor mixed with a bit of intellect. And all the boys, they were saying they were into it. Such a pretty face, on a pretty neck.

Kiwi is the third single from Harry Styles’ debut album, after number one single Sign of the Times, and Two Ghosts – the latter of which, for some reason, was not treated to a music video.

This video, however, has Harry Styles holding a puppy, so we forgive him.

Watch the video for Kiwi below.

Related: Harry Styles’ speech about LGBT+ people will make you love him even more.