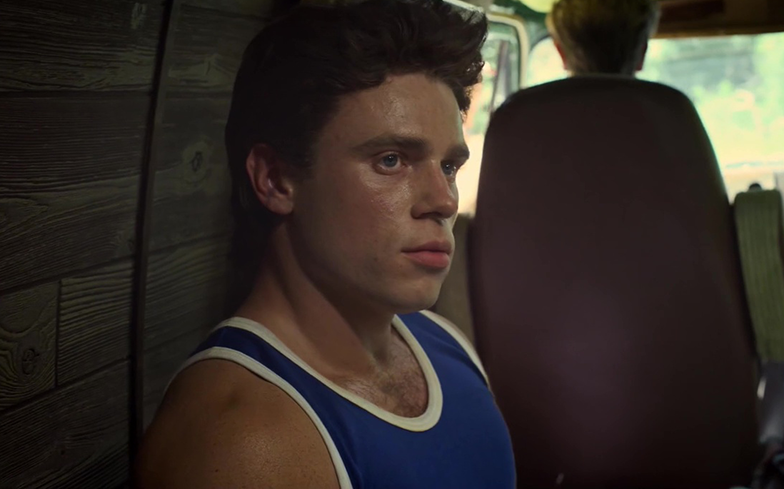 “I spent the first 23 years of my life playing a straight man.”

Gus Kenworthy has responded to criticism he received online for his role in American Horror Story.

The Olympic athlete was announced as a cast member for the ninth season of the show earlier this year, and received backlash due to his lack of acting experience and because – and this is ridiculous – he would be playing a straight character.

“When Ryan announced he’d hired me to play Emma’s boyfriend, he and I both received a lot of negative comments online,” he wrote for ESPN. “The gay community is the most supportive community in the world and also the quickest to cut you down.

“There were a lot of people saying, “Gus has no credits, no experience. How did he get this role?” Some people wanted to know how I was cast as a straight man or if I could play straight. Is that even a question?”

Gus – who came out as gay in 2015 – said he “spent the first 23 years” of his life playing a straight man, and explained that every gay man “has the experience at some point in his life of pretending to be someone he’s not”.

“I knew as a teenager that I was gay, yet I was still sleeping with girls, pretending to be straight, playing this persona I thought I needed to be for my sport,” he continued. “The stakes were so high.

“I remember going to crazy lengths to make people believe I was someone I was not. That’s acting.”

He then pointed out that it’s deemed acceptable for a heterosexual actor to play gay, and that most television shows are about “straight people and straight lives and straight dynamics, and if there is a gay character, it’s usually a sidekick”.

“Allowing a gay person to play that character does a lot in terms of visibility and breaking down perceptions and stereotypes,” Gus added. “A gay actor playing straight is a big deal. There aren’t many openly gay actors getting cast in straight parts.

“But that is changing, and I am lucky to have the opportunity to be part of that change.”

Gus made his American Horror Story debut on 18 September. Titled 1984, the ninth season of the acclaimed horror anthology series is set at a summer camp called Camp Redwood and takes inspiration from iconic slasher films from the 80s.

The campers will have to avoid horror movie tropes to survive the terror of a lunatic called Mr Jingles.

Watch the trailer for American Horror Story: 1984 below.