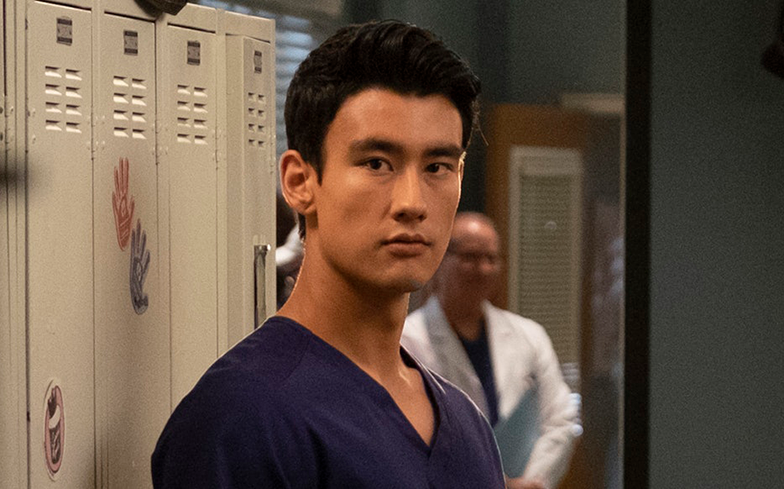 “I want to take these two categories and make everyone look strong.”

Grey’s Anatomy star Alex Landi has opened up about Asian and LGBTQ representation in the media.

The half-Korean, half-Italian actor, who joined the show in its 15th season as the series’ first prominent gay male character, told Travis Mills on Beats 1 on Apple Music: “I’m just glad that I can give everyone a voice.

“Asians are represented, I think, by less than 3 percent in entertainment, LGBTQ being less than 1 percent, so for them to combine both of those categories into one role is super special, and I’m so happy that I can take that on.”

He explained that he wants to do justice to his character, Dr Nico Kim, considering how rare it is to see queer Asian representation on television.

“I just hope I do it right,” Landi continued. “I just hope the way I do it is accepted by everyone.

“I want to take these two categories and make everyone look strong. I want to get rid of that stereotype and give them a different look on the LGBTQ community. I just hope I’m making everyone proud.”

Even though the show is one of the most diverse on television (Callie Torres became the longest running LGBTQ character in television history), there’s never been a homosexual relationship at the forefront of a storyline.

In the past few weeks, Dr Nico Kim has pursued intern Dr Levi Schmitt, who has recently started exploring his sexuality.

Watch their elevator scene below…

The 15th season of Grey’s Anatomy will continue on ABC next year.