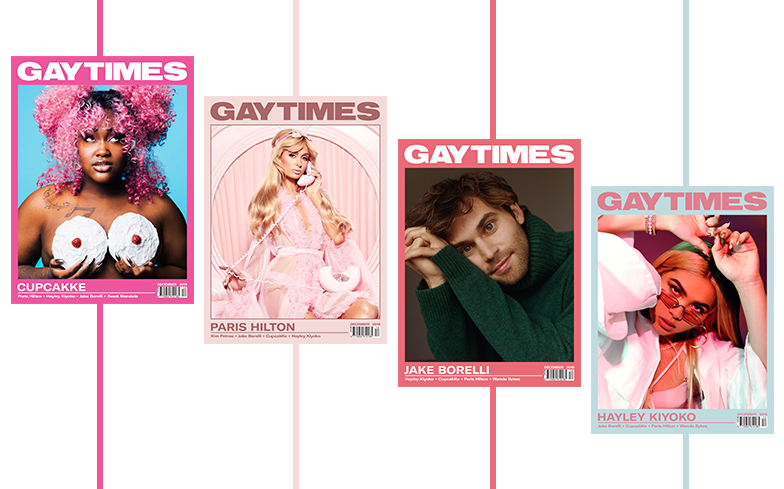 As we approach the end of 20GAYTEEN, we’ve brought together an issue that examines the excellence in LGBTQ culture and beyond.

A year on from the most drastic rebrand in Gay Times’ history, this month we’re demonstrating not only our renewed commitment to the amplification of queer voices but also the power of allyship.

We couldn’t commemorate the conclusion of 20GAYTEEN without Lesbian Jesus herself, could we?! Hayley Kiyoko dubbed 2018 the gayest yet via tweet on January first, something that would go on to define her year. After the release of her fully realised, debut album earlier this year, Hayley has solidified her place as a queer pop legend. We met the divine pop princess to review 20GAYTEEN, and whether the queer energy can be expected to live on past NYE.

Grey’s Anatomy is one of the most successful TV shows in history. Creator Shonda Rhymes has ensured that the show has been at the forefront of diverse representation in various ways over the course of it’s 15 season strong history.

With a gay male love story finally forming part of the main plot, we met Jake Borelli, one half of TV’s cutest new budding romance.

The actor chose to come out himself following the episode when his character kissed another man for the first time, and has been welcomed into the community with welcome arms. We spoke on the power of TV, representation, and his own coming out journey.

“I admire people who run with the inner story of running authenticity and honesty, and I knew that at the beginning of my career, that I wanted to be one of those people,” he said to us from Los Angeles. “Now that I have this new platform, I was basically like, ‘You know what Jake? You have to be honest, you have to be authentic, you have to spread that.’”

CupcakKe is not only one of hip-hop’s most prolific up-and-comers, but a staunch ally and advocate for the LGBTQ community. With two songs dedicated to her queer fans, and an ongoing attitude of IDGAF, she’s a modern queer icon for a new generation: sticking to her guns on inclusivity in a genre not always known for accepting LGBTQ people.

“Before I even had a career I had LGBTQ friends who I’d hang out with. They’re human. I look at them like a regular person, not, ‘Oh that’s somebody that’s part of the LGBTQ community’, it’s like, ‘Oh that’s another human being’. That’s just how I see it. Everyone likes who they like.,” she tells us.

And finally, the OG influencer, the first global reality star, inventor of the selfie, philanthropist, businesswoman, animal lover. It’s hard to describe Paris Hilton in just one sentence, and far harder to speak on her enduring impact on popular culture as a whole.

In conversation with popstar Kim Petras, the two speak on Paris’ admiration for the LGBTQ community, her thought’s on the Tr*mp administration’s harmful policies against trans people and finish off with a conclusive ‘That’s Hot list’.

All four of our December covers are on sale now, and you can buy them directly for the Gay Times shop here.