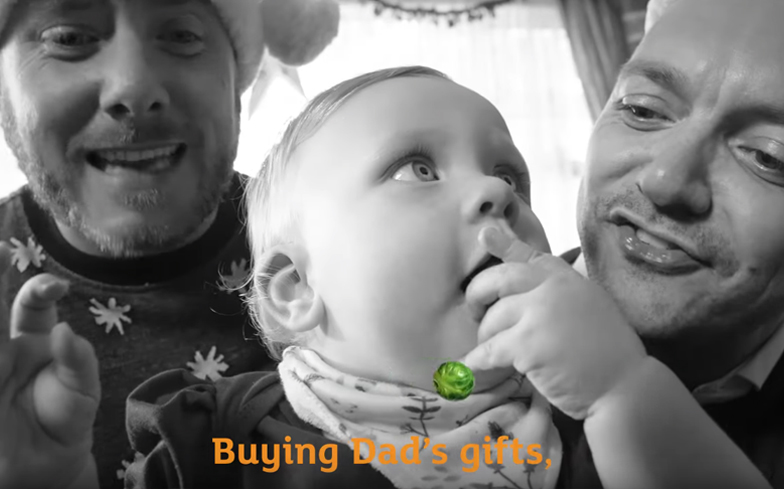 Because every little helps…

Both Tesco and Sainsbury’s have gay dads featured in their new Christmas campaigns, with the LGBT-inclusive adverts to be broadcast to millions of people over the festive period.

The couple have been praised as pioneers for other same-sex families, with Michael working with the Department of Health to assist them in updating their guidelines for healthcare professionals.

As for Tesco, their advert sees a gay couple realising they’ve left the giblets in their turkey.

As one of them discovers the mishap, the other is carrying their baby in the most adorable Santa’s outfit.

“Everyone is welcome at Tesco this Christmas and we’re proud to celebrate the many ways our customers come together over the festive season,” a spokesperson said.

They may both be fleeting seconds of bigger adverts, but we’re happy to see that LGBT+ people are being represented in huge mainstream campaigns like these.

There have been many high profile adverts that have represented LGBT+ people this year, including gay dads in a commercial for Google Home, and a budding gay romance in an advert for Uber.

What’s more, Coca Cola pitted brother against sister when it came to competing for the attention of the hunky pool boy.