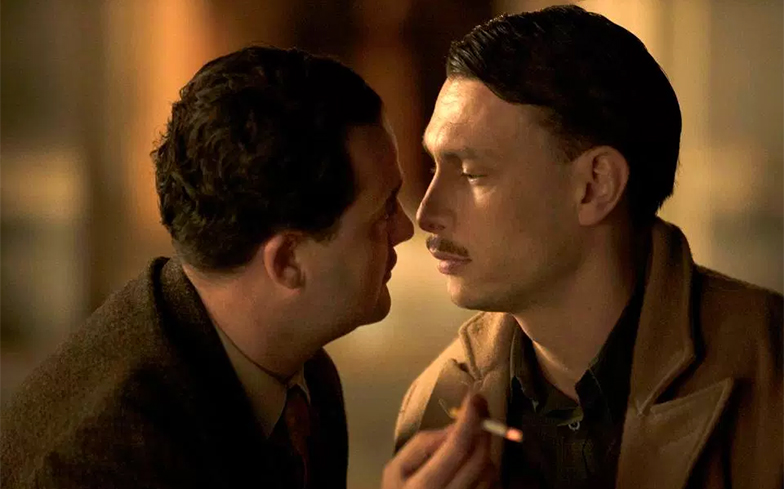 Against The Law has received a BAFTA nomination.

The one-off drama, which starred Daniel Mays, Mark Edel-Hunt, and Mark Gatiss, aired as part of the BBC’s Gay Britannia series last year to mark the 50th anniversary of the partial decriminalisation of homosexuality in England and Wales.

It told the true story of journalist Peter Wildeblood’s affair with a serviceman he met in the 1950s, and his eventual arrest alongside friends Lord Montagu and Michael Pitt-Rivers, who were all found guilty under historic anti-gay laws.

The drama also featured powerful real-life testimonies from gay men who lived through the days where homosexuality was criminalised, which were interwoven with the scripted scenes.

As well as receiving much critical acclaim and praise from viewers when it aired last year, Against The Law has now received a nomination for Best Single Drama at the British Association of Film and Television Awards.

It will compete alongside Hang The DJ, an episode of Netflix’s original series Black Mirror; King Charles III, a future history BBC series; and Murdered For Being Different, a real-life BBC drama about the murder of 20-year-old goth Sophie Lancaster.

Against The Law is based on Wildeblood’s bestseller, which charts his journey from Fleet Street journalist at the Daily Express through public vilification and onto his eventual arrest.

Wildeblood had been out partying with his lover Eddie McNally and friends Lord Montagu and Michael Pitt-Rivers when the four of them were later arrested for “homosexual offences”. It was Wildeblood’s imprisonment which led to the creation of the Wolfenden Committee on sexual law reform, that ultimately resulted in the 1967 Sexual Offences Act that partially decriminalised homosexual acts.

Against The Law also stars Mark Gatiss as prison psychiatrist Doctor Landers, who was charged with administering therapeutic measures to prisoners under the idea that they could be converted into heterosexual men.

“Making this film for the BBC not only allowed us to tell a powerful and important story in the evolution of LGBT rights in this country but also to capture for posterity the voices of some of the men who lived through these dark days in gay history,” said director Fergus O’Brien.

“Their story, and the story of Peter Wildeblood, are timely reminders of the difficult journey it took to arrive at the rights enjoyed by gay people today and why it’s so important that we safeguard them.”

You can find the full list of BAFTA nominations here.