Game of Thrones: Where is it okay to be queer in Westeros? 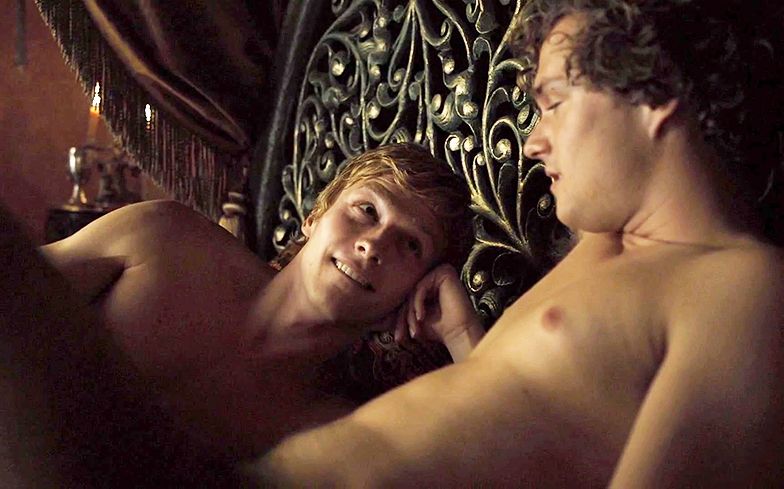 Planning a queer getaway to Westeros? We’ve got you covered.

Okay, so a holiday to the beloved (and often dangerous) locales of Game of Thrones may not actually be possible, but if it were, we wondered: Where is LGBTQ-friendly, and where should you steer clear of?

We used information from both the books and the HBO show to determine which locations it might be safe to be queer in, where is an absolute no-go, and the places where leadership changes so often you should proceed with caution.

Beyond the Wall: Safe Tormund Giantsbane demonstrated some sexual fluidity last season by pointing out that “fucking is best” to stay warm beyond the wall, and in the absence of women, well, “We have to make do with what we’ve got”. We stan this open-mindedness, and assuming it’s shared among the other free folk, we see no reason not to make a trip. Just wrap up warm, and mind the army of the dead… and the cannibals. Given Lord Tywin’s stiff upper lip, that conversation with Lady Olenna (see: Highgarden), and his devotion to the Seven, we doubt he would be forgiving of anything other than a traditional, heteronormative approach to love and sex. Steer clear. The Night’s Watch is well known as a boys club (what happens to the non-male criminals in Westeros, we wonder?), and although queerness is never really discussed, you come to the wall with a clean slate and no judgement. We like to think that open-mindedness extends to LGBTQ criminals. Although men sometimes sneak off to the brothel in Molestown, we can’t help but imagine a bit of a fumble in the barracks after the lamps go out.

It’s a well known fact that Oberyn Martell, a Prince of Dorne, was openly bisexual, as was his paramour Ellaria Sand, and given how polyamorous royalty are here, it’s safe to say the beaches of Dorne are safe for queers looking to sunbathe. While not quite the sandy beaches of Mykonos, this volcanic island is the historic seat of the Targaryen family, and now that it’s back under the control of our true kween, Daenerys, we think it’d be safe to travel given that in the books she regularly summons her handmaiden Irri for some pretty explicit sex.

The Eyrie: Proceed With Caution With Lysa Arryn dead and presumably little Robyn in charge, we’d imagine The Eyrie isn’t safe for anyone at all to visit given his affliction for sudden temper tantrums. You could be flying through the moon door for the slightest thing. The Free Cities are technically over in Essos, but as a prominent location they’re worth including. In Braavos, The Faceless God doesn’t seem to have laid out his views on being trans, bi, nonconforming, or anything else queer, but we doubt he’d have an issue as long as he gets the names he’s owed. Lord Varys the Eunuch is from Lys in Essos, and he self-identified as asexual when he declared that he “has no part in desire” while talking about sex. Our late great favourite Lady Olenna once shook Lord Tywin with a witty remark about her grandson Loras being “a sword swallower, through and through”, and cheekily pushed Tywin to admit whether or not he’d engaged in a “bit of buggery” as a child. She goes on to say they’re not bothered about that in Highgarden, but incest on the other hand… Well known as a place where only the strong prevail, it seems you can get away with doing whatever – and whoever – you want on the Iron Islands, so long as you have the gall to pull it off. Yara Greyjoy, daughter of the former King, showed us she’s into women during season six, and her army are as loyal as ever. We’d put King’s Landing on amber alert, because the political view on LGBTQ issues changes at breakneck speed. King Joffrey (RIP, you little shit) once threatened to make ‘that sort of thing’ punishable by death. Later, the Faith Militant locked up Loras Tyrell for getting caught sleeping with a male prostitute, and although they were willing to let him atone for his “sin”, it sounds a bit too close to conversion therapy for our liking. Now that Cersei is in charge and the Faith Militant are gone, although she is a harsh ruler, we doubt she cares what anyone else gets up to or how they identify as so long as she’s in power. After all, she’s in possibly the most famous incestuous relationship in TV history, on top of which she is openly fluid with her sexuality in both the books and the show, sleeping with women from time to time when she needs a hot fix. Although we don’t get to see much of Storm’s End, it’s where Renly Baratheon grew up, and he famously went on to spend his nights with Loras Tyrell. His brother and heir to Storm’s End, Robert, didn’t seem like the type of guy who would be bothered with how other people went about things as long as they were minding their own business. The only character we really know from Tarth is Brienne, and although she in herself is a queer icon for refusing to confine to gender stereotypes, the people of her home isle shunned her for this. Her father tried several times to arrange a hetero marriage for her, mostly against her will, and all the suitors declined or bailed because of her refusal to act a lady. Although we’re tempted by that sapphire ocean, maybe look into this one once her father dies and Brienne is in charge. This city is also in Essos, not Westeros, but worth a mention. Given that the Dothraki are a masculine-dominant society, we think their approach to gay sex would be similar to that of the Romans – it’s fine only if you’re the top. The way they treat, own, and share women is pretty toxic, and we don’t have time for that in 2019.

Generally the North takes more of a medieval approach to life, and in the real world they didn’t judge homosexuality as an identity and more of an act – similar to adultery – so while you probably wouldn’t be punished there for considering yourself non-hetero, you might be punished on a per-event basis if you acted on it.