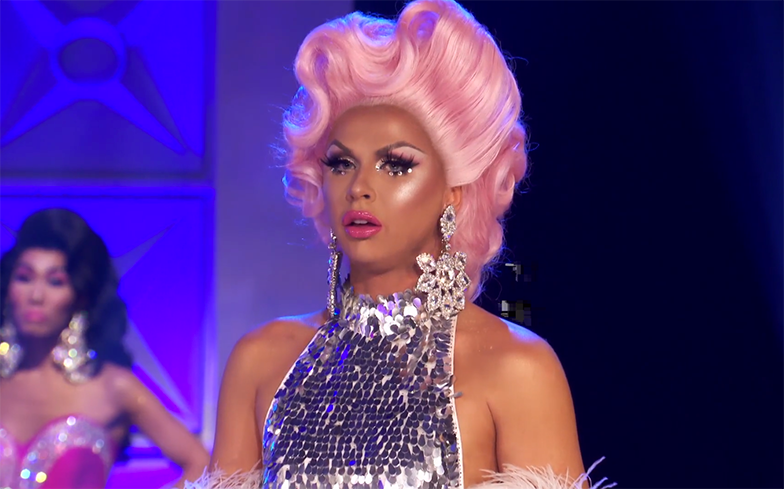 “Must be nice to get to freely feel your emotions on TV.”

Drag Race star Farrah Moan has expressed frustration towards the current season of All Stars.

Farrah was eliminated in the second instalment of the fourth spin-off series by her season nine sister, Valentina, after she found herself in the bottom for ‘Super Girl Groups, Henny’, alongside Monique Heart.

During her time on the competition, there was a lot of conversation around the way Farrah expressed her emotions, with Monique Heart telling her during deliberations: “Girl I love you, but your crying annoys me. If you continue on sis, you gotta be like ‘do or die.”

Yesterday, Farrah commented on the issue on Twitter and seemingly threw some shade at her fellow contestants and the show’s fans.

“Just thinking out loud: ever since I left AS4 these girls have been crying every episode and nobody is talking shit about it in their confessionals or online,” she wrote. “Hmmm must be nice to get to freely feel your emotions on TV every episode without being called annoying.”

Shortly after she posted her tweet, a user replied to her, “Baby you cry when the wind blows”, to which she hit back: “No. I cried when I completely bombed a performance on national TV that I spent thousands of dollars on and hours and hours rehearsing for.”

Later, in response to a fan who said she turns “tears into dollars”, Farrah said: “I haven’t made any money directly from crying on TV. I’ve never even released a crying shirt or anything. Literally nothing.”

Since Farrah left the show, there’s been a few emotional moments on the series.

During the third episode, Gia Gunn confided in Manila Luzon about her insecurities with being on the show as an openly trans woman. In the last episode, Manila and Latrice shared a tender moment when the latter found herself in the bottom two.

Next week, the contestants will pay tribute to Lady Bunny for The Funeral Roast, and it will be the legendary queen’s first ever time appearing on the show. The preview for the next episode reveals a jaw-dropping twist. Watch here.