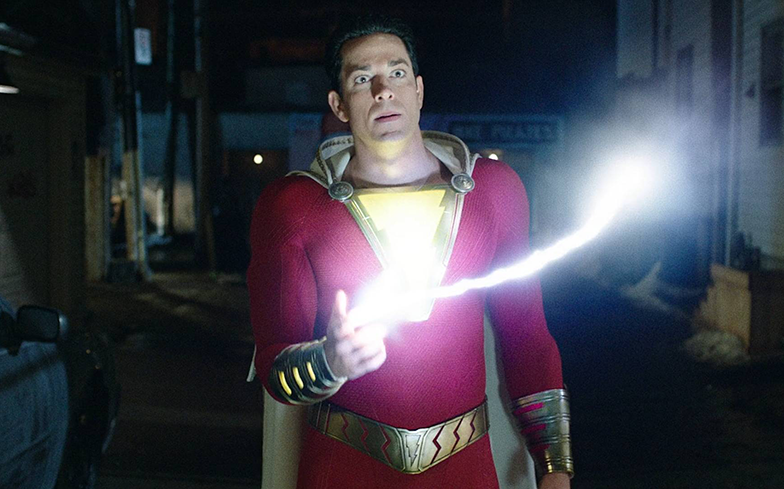 “I loved that DC introduced a gay latino superhero in the big screen.”

Over the weekend, the film grossed $56 million in the United States and topped the box office, with a worldwide total (for now) of $158 million, meaning it’s another massive success for the DC Extended Universe.

The film tells the story of Billy Batson (Asher Angel), a teenage boy who discovers he can transform into an adult superhero called Shazam (Levi), who has powers of enhanced intellect, strength, lightning, immortality and other God-like abilities.

One aspect of the film that has garnered significant attention from mainstream media is the potential inclusion of a gay character. In one scene, Billy and his friends escape the evil Dr. Sivana (Mark Strong) and end up in a strip club, to which Pedro (Jovan Armand) says: “Not my thing.”

Yes, it’s small, but fans have come to the conclusion that this is the character’s subtle way of mentioning that he’s gay, or potentially asexual. “I loved that DC introduced a gay latino superhero in the big screen,” said one fan, while another wrote: “Can we discuss the fact that Pedro is gay?!”

Check out some of the best responses from Twitter below.

I loved that DC introduced a gay latino superhero in the big screen…Hello Pedro!

Ok so now that Shazam is officially out (pun intended) and I can finally talk about It, can we discuss the fact that Pedro is gay?!

billy and mary are white, pedro is a latin american plus-size person and presumably gay, darla is african american, victor is samoan, eugene is asian american, rosa is spanish, freddy is white and disabled and shazam the wizard is beninese you can't fight me on this https://t.co/p3SKw5yfLX

Did yall catch pedro coming out? Shazam giving us a black female superhero and a gay mexican superhero we had to stan that

#Shazam mild spoiler but did y’all clock when they left the strip club and pedro said “not my thing”?? I sense a gay icon!!!

so, is pedro gay? he should be. make it canon! the representation and diversity of the shazam cast is being overlooked smh

And they hinted at a male character being gay. There was a bit where Shazam and the kids where escaping from the lair after the deadly sins attacked and they teleported into a gentalmen’s club and as they ran out quick one of the kids (Pedro) said “that dosnt do anything for me”

The superhero movie genre has been lacking in LGBTQ representation, so if this is true, it’s a huge step for the community.

Marvel Studios followed in their footsteps earlier this year with the release of Captain Marvel, which became the first female-led film to gross over a billion dollars at the box office.

They also introduced the first black superhero on their roster, Black Panther (2018), which became a cultural phenomenon and garnered an Academy Award nomination for Best Picture – the first comic book film to do so.

Strides are being made, so surely there’s room for an LGBTQ hero? Well it looks we might not be far off.

Avengers: Endgame director, Joe Russo, told reporters during a press event in India that an LGBTQ superhero is “100%” coming, confirming previous rumours that the company was looking to introduce more diversity to the Marvel Cinematic Universe.

“You will see one very soon,” he said.

Russo may have simply been confirming recent reports that Hercules from The Eternals, rumoured to release in 2020, will be the first gay superhero in the Marvel Cinematic Universe. Although 2020 isn’t exactly “very soon” in our minds…

Watch the trailer for Avengers: Endgame below.