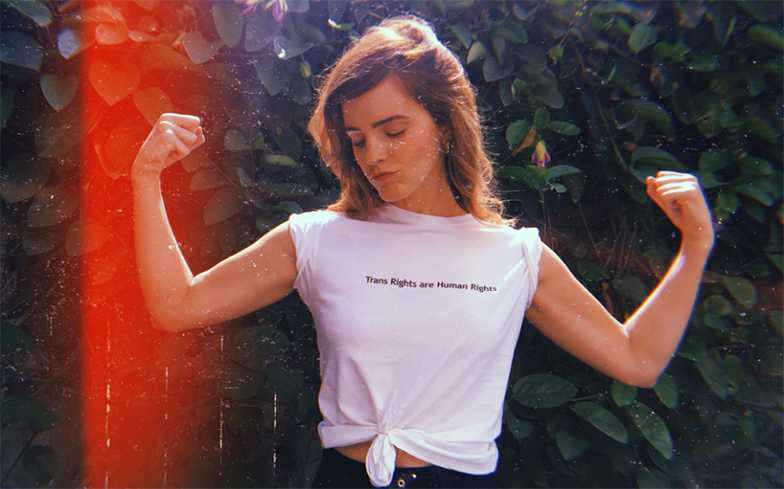 Emma Watson has voiced her support for trans rights.

In a Twitter post, the Harry Potter actress and activist uploaded a photo wearing a t-shirt which reads “Trans rights are human rights,” while tagging LGBTQ and trans organisations Stonewall, Mermaids, All About Trans and Gender Intelligence.

Her tweet comes before the deadline closes to make a submission about how the government “might make the existing process under the Gender Recognition Act a better service for those trans and non-binary people who wish to use it.”

The Gender Recognition Act (2004), despite being groundbreaking for its time, is in serious need of reform.

Trans individuals are forced to endure a lengthy and complex process in order to prove their gender identity.

In order to have their identity legally recognised, trans people must show that they’ve lived in their ‘chosen’ gender for two years as well as proving a diagnosis of gender dysphoria.

The reformed act would require no medical diagnosis for trans people to have their identity legally recognised, would recognise non-binary identities, and gives all trans people the right to live their authentic selves through a simpler and less invasive process.