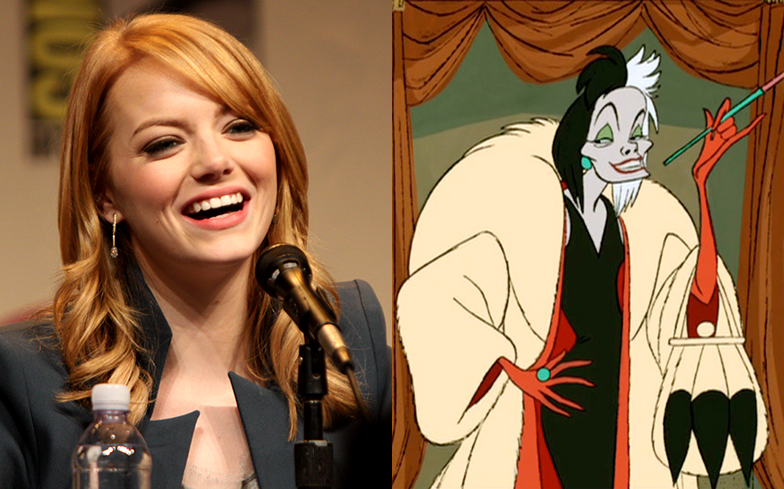 After years of speculation, Emma Stone has finally been confirmed to star as Disney villain Cruella De Vil.

The highly-anticipated film, which has been in development hell for years, will be an origin story set in the 1980s.

Theatre director Alex Timbers, who has two productions opening on Broadway next year (Moulin Rouge and Beetlejuice), was originally due to direct, but had to drop out due to scheduling conflicts.

I, Tonya director Craig Gillespie is in talks to helm the “punk” film, which will reportedly be titled Cruella. It will be produced by Andrew Gunn, Marc Platt and Kirstin Burr.

Close received universal acclaim for her performance, and was nominated for a Golden Globe Award for Best Actress – Motion Picture Musical or Comedy.

Cruella follows other live-action remakes of classic Disney films, such as Maleficient, The Jungle Book and Cinderella.