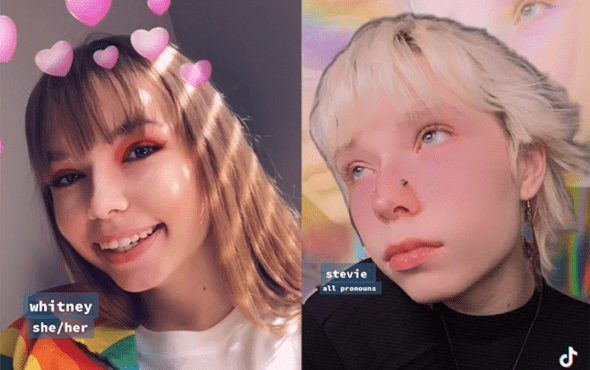 Eminem’s adopted child, 19-year-old Stevie Laine, has come out as non-binary and updated their chosen pronouns.

The 48-year-old rapper adopted Stevie in 2015 after reconciling with his ex-wife Kim Scott, who is Stevie’s mom.

The 19-year-old’s most recent TikTok video beings with the text: “Watch me become more comfortable with myself,” and is captioned with “forever growing and changing” in the post.

In the clip, Stevie shared photos of themselves as “Whitney” and alongside the pronouns “she/her”, which transition to images of herself as “Stevie” who is open to using “all pronouns”.

The comments from viewers beneath the video are heartwarmingly positive with accounts either praising Stevie’s journey or asking respectful questions about their choice to update their pronouns.

One user posted: “I’m really interested why you chose Stevie! Could you maybe explain/team me.” The teen replied to the comment offering insight into why she chose to change their name to Stevie.

You can watch Stevie’s TikTok here or below: