The pop legend has earned another achievement with his very own Barbie.

The special edition doll was made to celebrate the 45th anniversary of his sold-out two-night run at Dodger Stadium back in 1975.

Elton John’s Dodger stadium performances made history with the music icon racking in over 100,000 attendees, becoming the first artist to achieve that feat.

In an interview with PEOPLE, the singer-songwriter opened up about wanting to incorporate his signature glasses on the doll, stating: I’ve managed to accumulate quite the collection of sunglasses over the years – I think over twenty thousand pairs.”

He continued: “When working with Barbie to create her head to toe look, I took inspiration from all of my favorite pairs I have worn over the years, and envisioned a Barbie pink with a bit of my flare. I think we nailed the final look.” 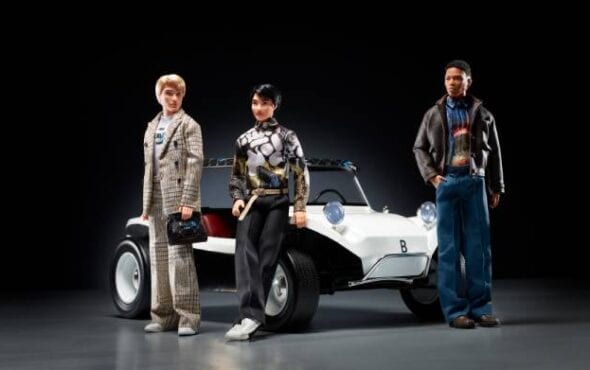 Berluti dress the Ken Doll for his 60th Birthday

The singer-songwriter took to Instagram to express his excitement of the new collaboration, stating: “Barbie is an icon in her own right, so having her pay tribute to my work and personal style is a real honour.”

He continued: “I hope that she inspires fans everywhere to fearlessly pursue their own dreams and limitless potential 🚀”

Elton John has had quite a busy 2019 and 2020. Last year he released his critically acclaimed biopic Rocketman, which earned an Academy Award for Best Original Song. Fast forward to 2020 and the Tiny Dancer singer has dropped collaborations with Lady Gaga, and Gorillaz while continuing his farewell tour – which was postponed due to the ongoing pandemic.

If you’re wanting to purchase the doll, head to Barbie.com and Amazon.

Barbie is an icon in her own right, so having her pay tribute to my work and personal style is a real honour. I hope that she inspires fans everywhere to fearlessly pursue their own dreams and limitless potential 🚀