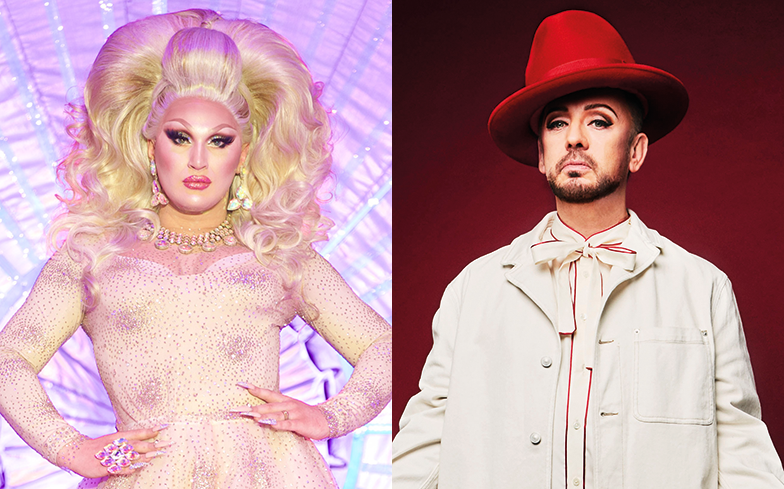 “I apologise if anybody was offended, never my intention, never my narrative.”

The Vivienne has issued an apology to her followers for supporting Boy George over his controversial tweet about pronouns.

Earlier this week, the Culture Club star came under fire from the LGBTQ community on social media, specifically those who identify as trans and gender non-conforming, for tweeting (unprovoked): “Leave your pronoun’s at the door!”

After a fan said his comments were ridiculous, he responded: “You must refer to me as ‘Napoleon’ and that’s as ridiculous as it gets! I used the ladies toilet throughout the 80s!” He then called preferred pronouns a “modern form of attention seeking”.

Boy George’s comments came as a shock to fans. Throughout his career, the star has been praised for his flamboyant and androgynous image and has been credited with paving the way for other gender-bending performers and artists.

The LGB Alliance, a trans exclusionary organisation, supported Boy George, tweeting: As lesbians, gays and bisexuals we applaud @BoyGeorge for saying what many people think and few say. At the #lgballiance we don’t “have” pronouns.”

The Vivienne subsequently came under criticism from her fans for responding to his tweet: “This!”

After receiving backlash on Twitter, the RuPaul’s Drag Race UK winner told her followers that she’d “like everybody to respect and understand other people pronouns,” and said she’s “done nothing but fight for this for years”.

She later wrote: “I apologise if anybody was offended, never my intention, never my narrative. Learn, grow.”

Boy George also stressed in a short video that he’s not transphobic because he wears makeup and eyelashes, and then tweeted that he’s made mistakes but has always shown “great respect to people”.