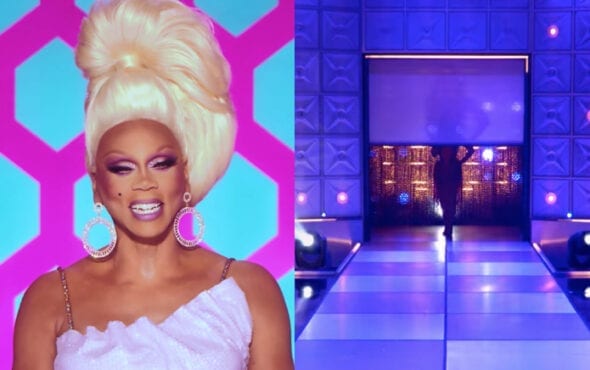 This week’s All Stars 6 lip-sync assassin was met with rave reviews from RuPaul’s Drag Race viewers.

On this week’s episode, the 10 remaining contestants celebrated and impersonated their favourite entertainers in an epic Super Bowl-inspired halftime show, with the assistance of guest choreographer and judge Jamal Sims.

The performance was an absolute gag, and after 13 years of RuPaul’s Drag Race, finally boasted accurate impersonations of Gaga and Beyoncé, both of which have been butchered multiple times across the series (mostly on Snatch Game).

Jan and Trinity both received praise for their efforts, as well as Eureka for Madonna, while A’Keria, Ginger and Yara’s performances were criticised. It’s worth nothing that the halftime show was spectacular and no queen outright flopped, but this is All Stars, so the critiques were more nit-picky than usual.

Jan ultimately triumphed over Trinity to land her first ever maxi-challenge win, redeeming her second place gig for season 12’s Madonna Rusical in the process, which became instantly iconic and a viral moment thanks to Jan’s reaction.

A’Keria and Yara both landed in the bottom for the second time, although personally, we don’t think it was deserved for either of them. The former’s Prince-isms were spot on and Yara’s interpretation of Shakira’s signature belly dancing was – in the words of Adore Delano – “fuckin’ bomb dot com dot org dot co uk.”

Jan then met this week’s lip-sync assassin, who was ruvealed to be legendary season two contestant Jessica Wild. To the beat of Britney Spears’ iconic chart-topper Womanizer, Jan served camp robot (with a shablam thrown in) while Jessica gagged viewers with hairography and relentless choreo.

Unsurprisingly, Jessica emerged supreme. The Dreams of a Golden Child author then revealed Yara’s lipstick (fuming over that, tbh), who hilariously shouted to her sisters as she exited the stage, “Fuck you all!” Her comment was met with shocked reactions from Michelle Visage, Eureka, Kylie, Ra’Jah and Scarlet.

Although the episode was met with praise from viewers, Jessica’s long-awaited comeback was singled out on social media. As with Laganja Estranja, who destroyed the stage in an epic smackdown with Trinity to Dua Lipa’s Physical, fans are now campaigning for the queen to appear on All Stars as a contestant.

I did not expect Jessica Wild to eat the way that she ate Jan. LIKE TF SHE DESTROYED HER. #AS6 #AllStars6 pic.twitter.com/y594BFQkr0

When are you casting Jessica Wild again???? #AllStars6 pic.twitter.com/n6iL9qmlBy

JESSICA WILD?! IS 2 IN THE MORNING I CAN'T TAKE THIS pic.twitter.com/PqlBq3pm7Q

Ugh. This has got to be the best maxi challenge! Ever! I think TKB should have won the challenge. But Jan is a close second. I agree with the bottom 2 queens. Akeria has the best runway look. Totally forgot that Jessica Wild existed but she slayed that lip sync.

jan and jessica wild… my day has been made

Yesss come on Jessica Wild!!!! We need her on AS7!! #AllStars6 #rupaulsdragrace pic.twitter.com/TxGPJzdMRk

We BETTER get Jessica Wild next season of all stars

So happy to see Jessica wild.. I love seeing the older queens get their credit ! Love love love #AllStars6

I need Jessica Wild on my TV all the time. #AllStars6

Next week, the contestants will produce and host an intimate chat show called Pink Table Talk. The first three episodes of RuPaul’s Drag Race All Stars 6 are now available to stream in the UK on WOW Presents Plus and Netflix.