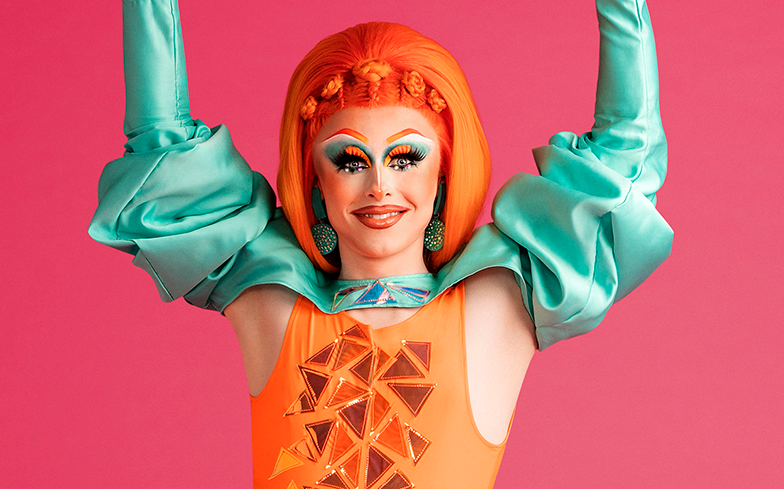 “Queer culture in Belfast is oppressed. You still have violence in the streets against homosexuals.”

The Belfast-based performer was announced as a cast member for the British spin-off earlier this week. Before the ruveal, we met with each competitor on the set of our exclusive photoshoot and they spilt the T on the series and their drag journey.

“Queer culture in Belfast is oppressed,” Blu told us. “You still have violence in the streets against homosexuals, it’s a scary place to do drag, but I want to show kids growing up that it’s okay to be gay in Northern Ireland.”

Blu aims to show viewers that Ireland isn’t a “horror story where you’re stuck in the dark ages and can’t get married” and explained that if you’re LGBTQ and come from the country, “you just have to break out and work hard”.

After stumbling across the second season of Drag Race on E4, Blu – who was only 12 years old at the time – knew she wanted to follow in the footsteps of iconic contestants such as Raven and season three alum Manila Luzon.

Blu hopes to “gag the children” with her eclectic, cosmic cartoon aesthetic and to showcase Irish humour with “a lot of shade!”

The 23-year-old expressed excitement, in particular, for the catchphrases Drag Race UK will deliver as well as its authentic portrayal of British culture. “I don’t want to offend anyone, but British drag is just quintessential drag isn’t it?” she continued.

“It’s camp as tits. Right out of the gate, we’re showing British culture, British landmarks, it’s British from the get-go.”

Although she is – in her own words – a “social media queen”, Blu aims to shed that preconceived image and prove to audiences that she’s an accomplished performer, but joked that it won’t matter unless BBC Three has subtitles for her accent.

“Hopefully I’ll get to prove to people that I’m not just a face, I’m not just a shoulders-up,” she said. “I’m a fully fledged queen and I’m a flamboyant human being ready to conquer the world through drag, honey!”