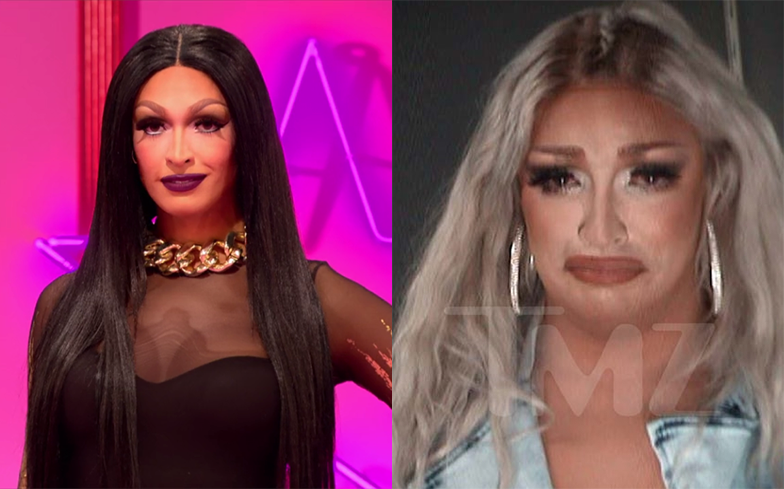 Tatianna has assured fans that she’s doing “fine” after her recent arrest.

Yesterday, TMZ reported that the star – who’s known for her legendary appearances on Drag Race season two and All Stars 2 – had been arrested for “disorderly conduct” at a nightclub in Atlanta, Georgia.

After an employee took a photo with her, Tatianna allegedly tried to follow them back into the building through a door she wasn’t permitted to use. The employee told her not to do so, but she ignored him and that’s when the police were called.

As soon as the news became public on social media, Tatianna updated her fans to let them know she’s doing okay.

“It was a dumb situation that I wish didn’t happen but shit happens and people make mistakes. There was no violence or ridiculousness,” she wrote. “I’m crying in the picture because I was scared and had never been in that position before.”

Tatianna joked of her mugshot: “Wish I would have just smiled.”

Despite her arrest, the star appeared to be in good spirits as she replied “LMAO” to Trixie Mattel’s comment: “Ok but why is your mugshot more beautiful than any of my 8×10’s?!?”

Phi Phi O’Hara welcomed Tatianna “to the club” and said she’s “officially a Ru Girl” but sincerely added: “But real T glad you’re okay and what a stupid reason for the cops to be called so stupid let me know if you need anything!”

Several people pointed out the ridiculousness of her arrest. One fan wrote: “You got arrested for going through a back door? WTAF is happening in America that THAT is a thing? What a waste of time.”

Fans and fellow Drag Racers were also unanimous in agreeing that her mugshot is so fierce that she should claim it and use it for merchandise. “Fuck them, put that photo on a t-shirt and SELL IT BITCH!” said Kandy Muse.

One fan replied: “That mugshot would make for some fierce merch.”