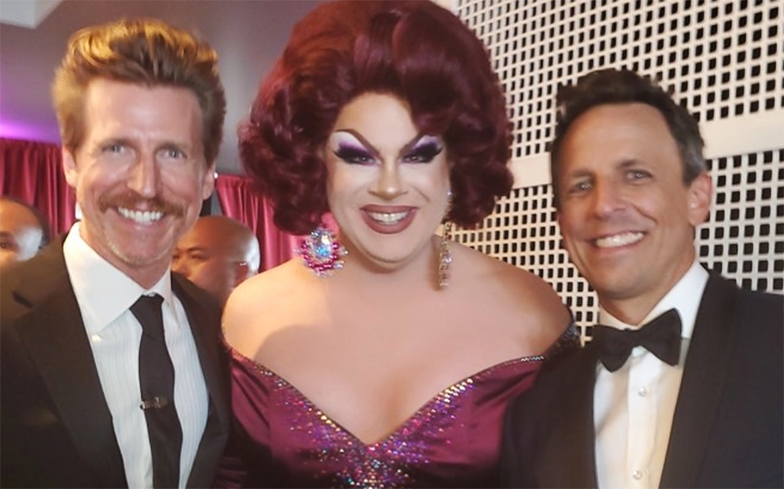 Nina West just made HERstory at the 2019 Primetime Emmy Awards!

The fan-favourite Drag Race star, who controversially placed sixth on the show’s 11th season earlier this year, became the first queen to sashay, shantay and panther down the red carpet in full drag. RuPaul has walked the carpet, but not in drag.

“It’s really strange after nine years of auditioning [for the show] to be part of this global phenomenon, and be one of RuPaul’s girls, and share that message and tell that story all over the world.

“But the best part about it is not only are we celebrating the show, but [also] what the show really does is celebrate gay people and a really crazy subcultural art form in our community that is just so beautiful and vibrant and colorful.

Nina said she’s “lucky” to be under the wig of RuPaul and praised the show’s message of self-love, saying it’s a “bright light of hope” for audiences around the world because of our current political climate, where people are “so angry and angst-filled”.

Several other queer shows and stars took home awards: Fleabag was the big winner of the night, taking home Outstanding Comedy Series and Lead Actress in a Comedy Series for star and creator Phoebe Waller-Bridge.

Ben Whishaw was handed the Supporting Actor in a Limited Series or Movie award for his role in A Very English Scandal.