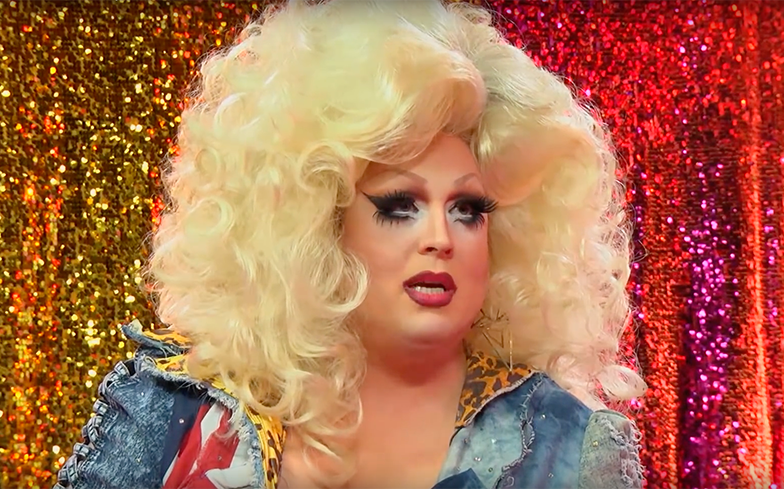 “I am incredibly sorry for this and can only work to be a better person and leader in Philadelphia.”

The season three – and All Stars 1 – contestant expressed “deep regret” for her unwelcome sexual chats after two up-and-coming drag queens came forward with their allegations.

Kyle Ayotte, 25, and Ethan Hunter Raysor, 24, relayed their experiences with Mimi – real name Braden Chapman – to Philadelphia magazine, and said they were too scared to speak up in fear of being ostracised from the drag community.

“I sort of humored him at first because I was surprised with how open Braden was with me,” said Ayotte, who goes by the drag name ‘Lorna Doom’. “I was so shocked that he opened up to me so quickly, and I couldn’t comprehend what was happening or how to handle it. The most famous drag queen in the city was into me, and I felt obligated to go with the flow.”

He then revealed that Chapman continued to send him sexually explicit messages despite telling him: “I don’t feel comfortable doing it.”

“Braden was preying on my inexperience in the drag scene to satisfy his sexual fetish to the point that I felt personally obligated to go through with it because I had dreams of becoming a professional drag performer,” he added. “I only did it because he made me feel sorry for his loneliness and had me thinking I was the only one he could trust. That was all a lie.”

Raysor also revealed that Chapman “took advantage” of his divorce and preyed on his vulnerability.

“I opened up to Braden because I was starstruck that he would personally seek my participation in his huge competition,” he said. “I opened up about my interest in drag, my relationship problems, and everything else. Braden seemed like a decent person and I just wanted to make a good impression prior to the competition.” Later, Raysor participated in cycle 8 of Drag Wars, where Chapman served as producer and judge.

Upon finding out about Raysor’s relationship with someone involved in the show, Chapman reportedly “retaliated” and eliminated him from the show in a “mean-spirited way”.

He said he feared his drag career would be over because he had “just pissed off the most powerful drag queen” in Philadelphia.

“Braden insulted me rather harshly during my performance evaluation in his role as a judge,” Raysor revealed. “Among other insults, he told me in front of everyone viewing Drag Wars that I should do cocaine to give myself energy on stage. It was humiliating, and I felt these shady remarks were rooted in his personal grudge against me.”

Chapman addressed the allegations and apologised for not realising the sexual messages were non-consensual.

“I realize now that my intent to engage in a playful and welcomed conversation that I initiated did not have the impact on the them that I thought it did,” he stated. “I wish I had known more clearly that they did not want to participate in the conversations.”

The drag performer added: “If I would have known that, I would have stopped. I respect both Kyle and Ethan greatly and would never want to make them feel violated.

“I am incredibly sorry for this and can only work to be a better person and leader in Philadelphia. If anyone has issues I hope that they will speak to me privately so I can apologize to them directly.”

Read the story – along with Mimi’s full statement – on Philadelphia Magazine’s website.