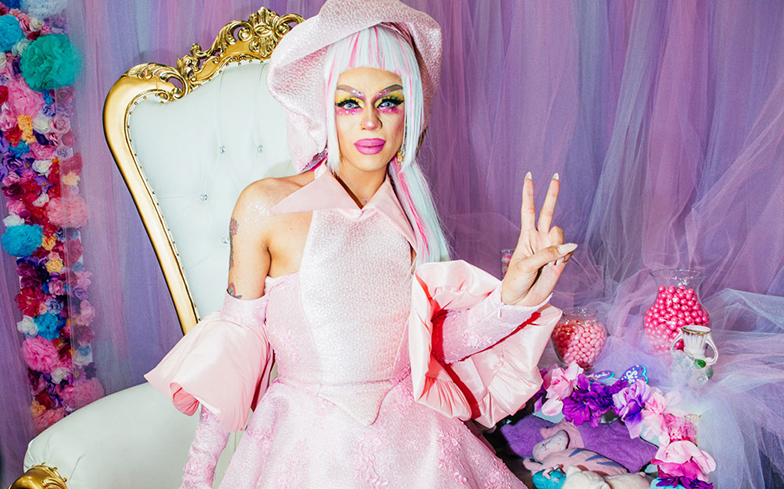 The fan-favourite queen – who appeared on All Stars 3 earlier this year – identifies as non-binary, and was told by Twitter user @radkween that their gender identity “wasn’t real”.

Yesterday (1 August), they hit back: “Shut the fuck up you fucking terf – calling me a misogynistic troll? You are a bitter ass fake feminist. Real feminists support all women and all genders equality. Don’t misgender me. You senseless cow.”

They told their followers: “I got banned from twitter because I called a a girl from a group of Trans Exclusionary Radical Feminists who were all saying my gender identity wasn’t real a senseless cow.

“But twitter didn’t ban the 200-300 people literally devalidating my non-binary identity. But I’m here like I might be blocked but guess what I still identify the same way, I am well validated and alive and happy and nobody can take that.

“Also feminism can be practiced by anyone who believes in equality amongst men and women. Because people keep telling me I can’t be a feminist and that trans women aren’t included in feminism. A vagina does not make a woman and neither do breasts. That social construct of an idea is extremely over. But hey maybe it’s just me.”