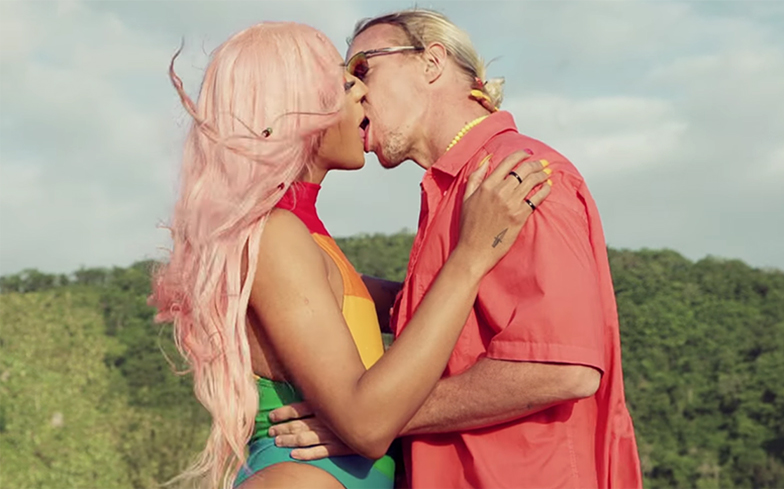 Pabllo Vittar gets steamy with Diplo in her latest music video Então Vai.

The Brazilian singer-songwriter and drag queen rose to fame in her home country with hits including K.O. and Corpo Sensual, and has a list of impressive achievements including over 400 million views on YouTube and 100 million streams on Spotify.

While she’s yet to break into the UK or US markets (fingers crossed it happens soon!), one big name American DJ, Major Lazer’s Diplo, has seen the light and has teamed up with Pabllo for a brand new, summer-ready track called Então Vai.

The music video, which came out over the weekend, is a celebration of diversity, featuring a variety of couples of different genders, a fabulous rainbow costume, and a kiss between Pabllo and Diplo which has got us feeling very, very jealous.

It’s not the first time the two have collaborated, as they joined forces with Brazilian pop star Anitta for the excellent Sua Cara last year.