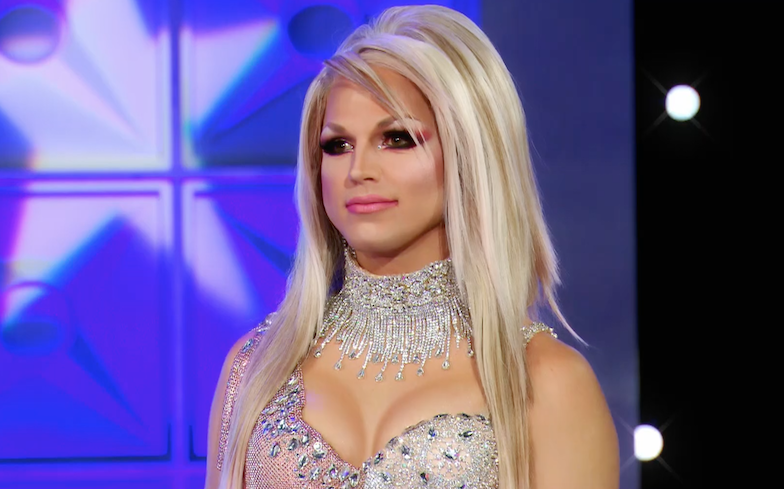 This would have been a first for the series.

Derrick Barry has revealed the celebrity she had planned for Snatch Game on Drag Race All Stars 5.

Sadly, Derrick became the first contestant to sashay away after failing to impress RuPaul and the judges in the All Star Variety Show, where she impersonated various stars such as Lady Bunny and Caitlyn Jenner.

Speaking to GAY TIMES, Derrick says she was “surprised to not see Mayhem and Ongina in the bottom,” but isn’t dwelling on the details of her elimination because she’s “ready to get back to Drag Race Live! in Vegas.”

During her season eight run, Derrick left viewers slain with her impression of her idol, Britney Spears, so fans have been waiting in anticipation to find out which pop icon she had planned this time around. “Mariah Carey,” she reveals.

The Elusive Chanteuse has never been attempted on Snatch Game, so this… hurts. When Derrick packed up her bags in Untucked however, she teased a potential return for All Stars 6, so there’s still hope for Mariah yet… right?

“I never say no and I think Drag Race Live! has even given me more self expression in drag and I finally get to be me on stage. I get to do my drag on a Las Vegas stage and I would never say no to coming back,” she admits.

On the importance of entertaintment such as Drag Race during these unprecedented times, Derrick adds: “Drag is light and entertainment and so it is the most important thing to be able to use drag race as escapism and find some hope.

“Drag queens are hope and everyone right now needs that. Drag is so colorful and inspiring and people need to watch that.”

The first two episodes of Drag Race All Stars 5 will be made available tomorrow in the UK on Netflix.