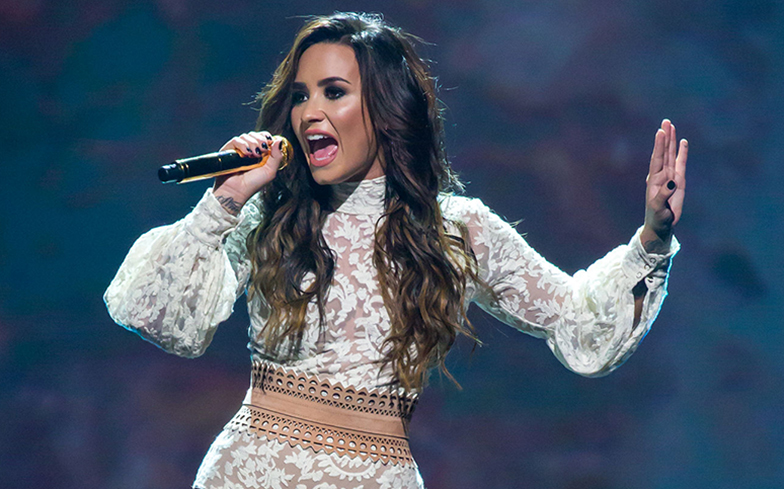 The American artist took to the stage on 13 October to encourage viewers to vote ahead of the election. Her new single, Commander in Chief, criticised Donald Trump for his response to the COVID-19 crisis, dealing with ongoing racial injustice among other issues.

Lovato teamed up with Finneas O’Connell (aka Billie Eilish’s brother) to record the politically-3charged song.

In the lyrics, the singer makes no attempt to hide the intention of the track, singing: “We’re in a state of crisis, people are dying. While you line your pockets deep Commander in Chief / How does it feel to still be able to breathe?”

“I made a piece of art that stands for something I believe in. And I’m putting it out even at the risk of losing fans. I’ll take integrity in my work over sales any day.”

Lovato announced the music video for the single yesterday (15 October) and followed the news with a tweet that encouraged fans to register to vote.

“I’m urging you to look out for one another, to support your loved ones, your neighbors, & those you may not have met yet in your community. Place your early votes, or show up to the polls on Nov 3rd,” the singer wrote.

You can watch Demi Lovato’s new song Commander in Chief here or below: