Exclusive: Darren Criss on how homophobia was a catalyst for Gianni Versace’s murder 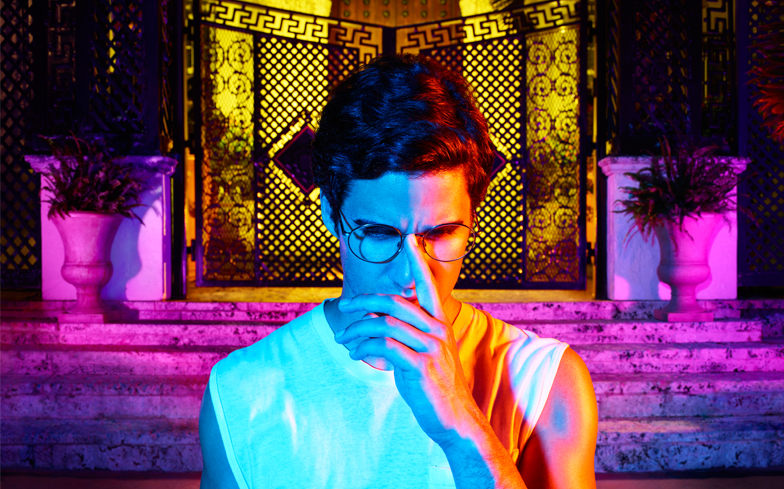 The current series of The Assassination of Gianni Versace: American Crime Story has not only had audiences gripped, but contextualised the circumstances surrounding one of the fashion world’s most infamous murders.

American actor Darren Criss plays serial killer Andrew Cunanan in the anthology series, giving a scene-stealing performance as the young gay man who went on a murderous rampage across the US back in 1997.

While Cunanan’s horrific actions are unjustifiable, Ryan Murphy’s American Crime Story shines a spotlight on the rife homophobia that existed in America during that period, which would have had an impact on the killer and his mental health.

During his cover interview with Gay Times this month, Ricky Martin – who plays Gianni’s lover Antonio D’Amico – suggested that it was homophobia that actually killed Versace.

“It’s not the way he died, it’s the way it was allowed to happen,” Ricky told us. “Back in the 90s – and we have to be careful because history tends to repeat itself – Gianni Versace was killed by a man that was on the FBI’s Most Wanted list.

“This man was living in Miami but because he was a gay man killing other gay men, everybody turned the other way. That’s what infuriates me.”

When Darren Criss came to London recently, Gay Times sat down with him to ask him if he, like Ricky Martin, felt that it was homophobia that killed Versace.

“I think there’s a lot to that,” Darren told us. “It’s not just homophobia, but that’s not an off-base or incorrect statement at all. It’s a huge part of it – from the way homophobia played out during the investigation.

“When we use the word homophobia I don’t think it necessarily involves the extreme end of what that means. People tend to think of it in terms of hate crimes and violence, but homophobia exists in much smaller systemic ways. It operates institutionally between fear and misunderstanding.

“A lot of the investigative bodies not necessarily wanting to go into gay clubs to post flyers, not because they didn’t like gay people, but because they weren’t sure if that was something they could do. Maybe they were scared they’d be perceived as homophobic.

“There’s a general sort of disconnect between asking questions and being involved that could be put under the category of homophobia. That’s certainly what allowed Andrew to get away with this for so long.” Darren added: “The media exposure on Andrew Cunanan in general before Versace was killed had a lot to do with the media’s fear of exposing gay murders. Especially after AIDS was a very hot button topic. That’s also another form of homophobia.

“Andrew’s own fear of himself and not wanting to be this thing in certain circles… It manifested itself in so many ways and different bodies that the amalgam of that probably did kill Versace. It’s a very complex thing.

“Andrew’s history of mental health in his family, and his own socio-economic situation was nothing to do with his sexual identity, but his identity as a person socially. He wanted to be wealthier than he was.

“There was this cocktail of really unhealthy things that were already in place, so homophobia being present in the world around him was just the right/wrong catalyst to make it all blow up.”

Elsewhere, Darren Criss told us what playing gay roles on two major US television shows has, as a heterosexual actor, taught him about the gay experience.

The Assassination of Gianni Versace: American Crime Story has already concluded in the US, but for UK viewers the final episode will air on BBC Two on Wednesday, 25 April at 9pm.