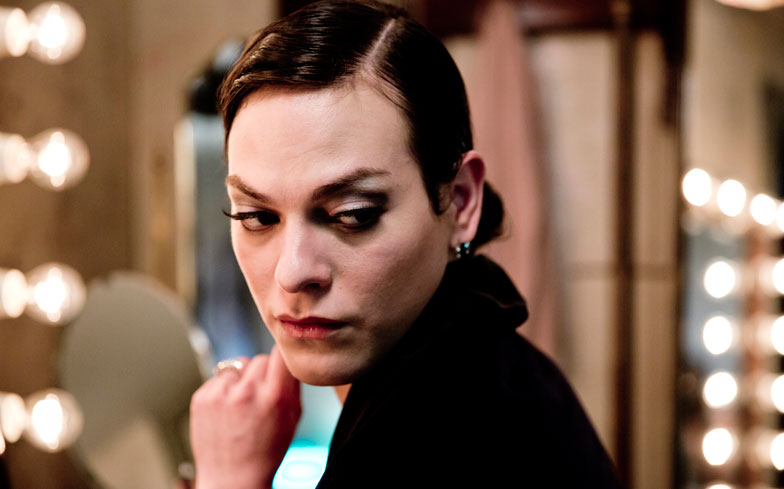 A Fantastic Woman really is a fantastic film.

After celebrating her birthday and spending the night together, Marina has to rush her partner, Orlando, to the hospital – only to watch him die of a heart attack. Not given a moment to grieve, what she faces next is a series of escalating verbal and physical slights and aggressions – both accidental and
intentional.

Doctors and police at the hospital question her relationship while addressing using male pronouns and the birth name on her identity papers; Orlando’s family treat her with hostility, evicting her from her home, forbidding her from attending the funeral and even reducing the former relationship with Orlando to some sort of fetish.

Detectives soon ask if she was a paid escort, suggesting that perhaps Orlando was abusive, forcing her to strip naked to check her body for scars and bruises – something you witness all of. Strangers, questioning her body and moralising her love – assuming that their loving relationship was something
violent or transactional. How else could a man love a transgender woman? Marina is played by Daniela Vega in her first major screen role – a Chilean actress and singer who also happens to be a transgender woman. It’s an important piece of casting as lead transgender characters are sadly so rarely portrayed by trans actors themselves. Daniela is sensational as she brings substance, grace and a depth of intelligence to Marina, a character who is often silent. Her wide eyes and beautifully expressive face constantly reacting to the words and the people around her.

A number of beautifully executed fantastical allegories are reminiscent of peak Pedro Almodóvar: Marina battling the Santiago winds and all sense of gravity; Marina naked in bed with a mirror covering her genitalia, her own face reflected on it; a club dance sequence in which Daniela soars above
the crowd towards the camera.

Related: Daniela Vega will be the first openly transgender person to present at the Oscars At its surface, this is not a movie with a political agenda. Director Sebastián Lelio has created an intimate, inspiring story of female sexuality, dignity, endurance and empowerment – bolstered by a revelatory performance from Daniela Vega. A Fantastic Woman really is a fantastic film.