Dame Edna Everage to return to BBC with one-off special 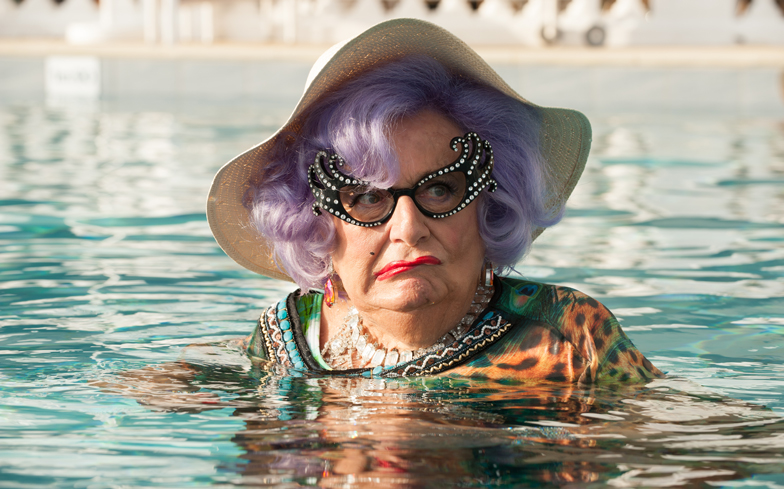 Barry Humphries is reviving Dame Edna Everage for a one-off special on the BBC.

The Australian comedian – who originated the iconic drag character back in 1955 – wrote on a postcard to fans: “For one night on BBC One it will be us together. You and I, my band, my guests, my crew because this ship is big enough for all of us.”

She added: “The world needs sunshine so I am very happy to welcome you all on board. One hour on my yacht is better than a lifetime on a cruise liner.”

Humphries originally planned to retire the character in 2012, but it didn’t last too long, bringing her back for appearances in The Great Comic Bake Relief, Michael McIntyre’s Big Christmas Show and the Absolutely Fabulous movie.

Rachel Ashdown – commissioning editor of the BBC – said: “Over the past 50 years Dame Edna has got to grips with the world’s biggest stars and I am looking forward to seeing her welcome the current generation of celebrities to her sofa.”

Although Dame Edna is a household name and is beloved by UK audiences, the character has been widely criticised for anti-trans comments she’s made over the years.

“How many different kinds of lavatory can you have?” she told The Spectator Magazine in 2018. “And it’s pretty evil when it’s preached to children by crazy teachers.”

And in 2016, she also called gender re-assignment surgery “self-mutilation” and Caitlyn Jenner a “publicity-seeking ratbag”, although she claims her words were “grotesquely interpreted”.

Earlier this year, it was announced that the Melbourne International Comedy Festival Awards were renaming the Barry Award, which has been named after the comedian since 2000, because of her comments.

Susan Provan, the festival’s director explained the decision, said: “It is time for the award for most outstanding show to be in our name to celebrate the city that inspired the growth of our festival and its outstanding artists.”