Colton Haynes and Jeff Leatham’s divorce is back on 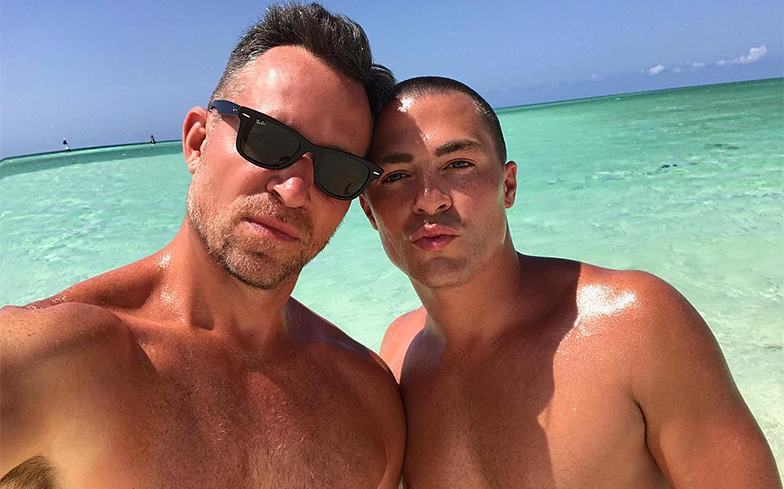 Colton Haynes and Jeff Leatham are moving forward with their divorce.

The Blast reported that Leatham has filed court documents, which revealed that he’s served Haynes with a preliminary declaration of disclosure.

Basically, he has handed over his financial information, and in California, this is the routine procedure in all divorce cases.

Back in May, it was reported that Haynes filed for a divorce from Leatham after six months of marriage.

At the time, Haynes had cited “irreconcilable differences” as the reason, and later took to Twitter to dispel rumours that Leatham had cheated on him.

He told fans: “Jeff would never cheat. He’s an amazing man. Please stop being mean to him.”

However, fans speculated earlier this year that the two had reconciled, after they both posted anniversary messages to each other on social media.

In the caption for his now-deleted picture, Haynes wrote: “Can’t believe it’s already been 1 yr. since we got married @jeffleatham. Happy Anniversary my beautiful husband.”

Leatham also posted: “I can’t remember what it was like before you, and I don’t even know how we got here but maybe that’s exactly what I needed.

“Life is a beautiful place with you beside me. – I LOVE YOU.”

Gus Kenworthy also told US Weekly that they were attempting to work things out.

“I mean, I don’t know if it’s really my place to speculated,” he said. “I believe [Colton] told me that they’re working on things.

Related: Colton Haynes backs Matt Bomer to be the next Superman.