Circa is a victim of its own ambition – review 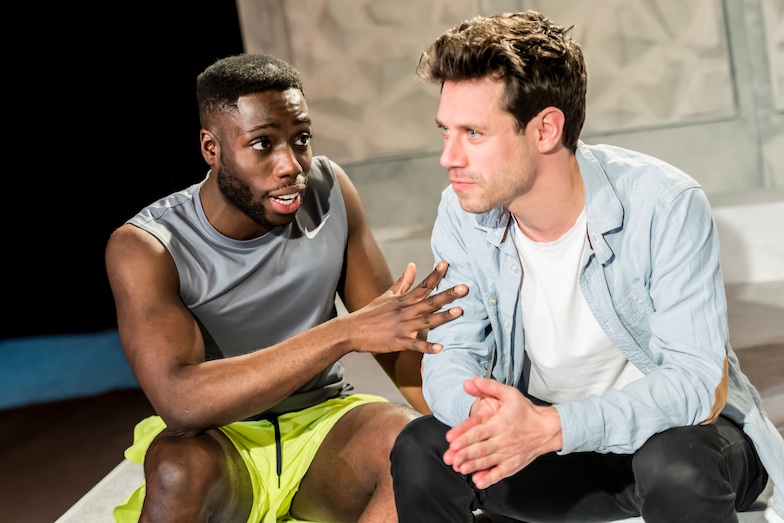 Circa is a contemporary LGBTQ play which explores a variety of perspectives towards gay relationships in the 21st century. It considers the juxtaposition between the adoption of more conventional norms – same-sex marriage is now legal and parenthood is more mainstream – against a history of sexual freedom and liberation, in a world where sex is more readily available than ever. The narrative follows an unnamed man’s encounters and experiences of relationships over the course of some 30 years, as he seeks to find a love which fits with the vision of the life he wants to lead.

There were elements of the performance we really enjoyed. For starters it had a healthy amount of humour – there were numerous witty observations and we found Daniel Abelson’s deadpan delivery highly amusing. We also appreciated the ambition of the piece – a whole host of experiences were covered, from drunken encounters, to hook ups, to attempts at heterosexuality. The simple-but-effective set worked well, too – a handful of props and some clever lighting and sound created a variety of spaces pretty convincingly.

We had some issues with the show, however. It does attempt an awful lot in a very short time frame – three decades in scarcely 100 minutes – which meant that some scenes were very much just glimpses into what could have been fascinating situations. Due to the lack of time on stage, some characters were a bit underdeveloped; some felt two-dimensional, others a little stereotypical. We also felt that the first act was stronger than the second; the opening scene was very compelling, if a little uncomfortable to watch – we didn’t find any moments in the latter half to be as engaging.

A handful of ideas just seemed a little bit unnecessary, too. Towards the end of the show there was a scene set in the near-future, in which the actors were using devices reminiscent of mobile phones, which they didn’t call phones. We weren’t sure what they were supposed to add to proceedings, especially given all the functionality they were describing was perfectly achievable using today’s technology.

Circa is certainly not a bad show; we enjoyed the variety of perspectives explored and the amount of relatable situations covered. There were plenty of humorous moments and the acting was solid throughout. However, it’s arguably a victim of its own ambition – it tries to do too much in too little time, leading to several scenes and characters being underdeveloped. It’s a bit of a shame – this is a play with great potential, which sadly isn’t fulfilled here.