Chilling Adventures of Sabrina will feature a non-binary character 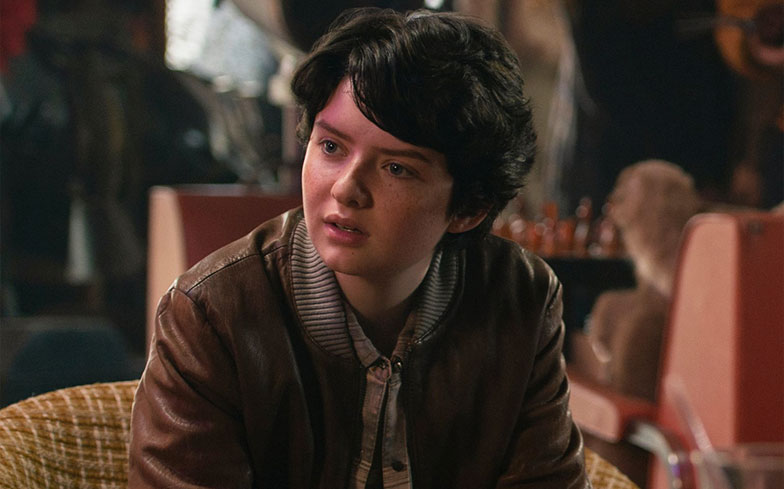 Chilling Adventures of Sabrina will feature representation for non-binary people.

Arriving just in time for Halloween on 26 October, Netflix’s reboot of classic TV series Sabrina The Teenage Witch reimagines the origin story of the titular character in a much darker light, and is a far cry from Melissa Joan Hart’s iconic version.

New to the Netflix series is Susie Putnam, one of Sabrina’s friends at Baxter High and a founding member of the school’s WICCA club, who’s portrayed by non-binary actor Lachlan Watson.

Lachlan says they spoke to Roberto Aguirre-Sacasa, showrunner and creator of the Chilling Adventures of Sabrina comics series, at length about their gender identity and the impact that would have on the show.

“I dived in head first and some of the conversations [with Roberto] were just about my thoughts on gender and my personal life and my transition, very strange transition as it was, and kind of the person that I’ve become,” Lachlan told SYFY Wire.

“And I almost feel like he was vetting me a little bit to see if I can hold my own in an interview later on. I think he was sort of like, ‘How well can you speak on gender? Are you willing to do it for the rest of your life?'”

Non-binary representation is almost non-existent on television, and Lachlan knows how important it is to change that; their own gender identity is reflected in the character of Susie, who they say is on a journey of self discovery.

“A lot of people, and especially with my journey, there were a lot of points in my life where I thought I knew who I was but I didn’t. I really didn’t at all,” they said.

They continued: “I feel like sometimes when characters come out, it’s just like, ‘Boom, I’m a man now.’ And you don’t really … if you go back it’s very much like, ‘Okay I’m stopping this life and I’m starting another one’,” they said.

“But the story that hasn’t been told as much is, Susie was never Susie. Susie was always this other person in Susie’s body. And I think that’s really beautiful and it’s something I’ve had a lot of fun with.”

Another new character is Ambrose Spellman, Sabrina’s warlock (that’s a male witch) cousin from England, who has been described as “witty, puckish and pansexual” and “one of Sabrina’s partners in crime, always up for mischief”.

Chilling Adventures of Sabrina premieres on Netflix on 26 October.