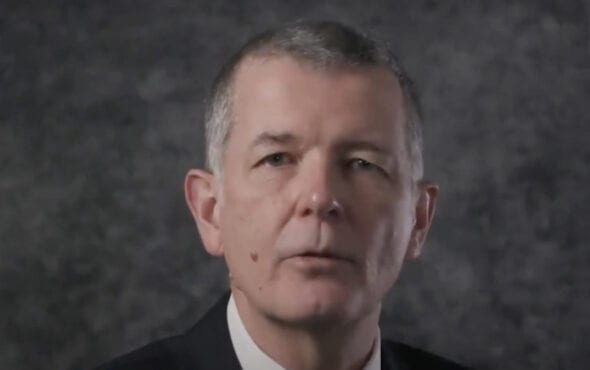 The chief of MI6 has given a public apology for the organisation’s treatment of the LGBTQ+ community from 30 years ago.

“Marking the 30 year anniversary of lifting the vetting bar to LGBT+ employees in intelligence agencies in 1991, I apologise on behalf of #MI6 for the way LGBT+ colleagues and fellow citizens were treated, and express my regret for everyone whose life was affected #LGBTM21,” he tweeted.

Even though same-sex relationships were decriminalized in 1967 the Secret Intelligence Service held their anti-LGBTQ+ stance until 1991.

In the video, Moore goes into the history of MI6 and its anti-LGBTQ+ behaviour, touching on the effects it had on LGBTQ+ agents and inquiring applicants.

“Committed, talented, public-spirited people had their careers and lives blighted because it was argued that being LGBT+ was incompatible with being an intelligence professional.

“Because of this policy, other loyal and patriotic people had their dreams of serving their country in MI6 shattered. This was wrong, unjust and discriminatory,” Moore said.

Moore also discussed the lasting effects of the ban once it was lifted – acknowledging that discrimination towards LGBTQ+ individuals was still present after 1991.

“Even after the ban was lifted in 1991, it’s effects lingered. Some staff who chose to come out were treated badly for not having previously disclosed their sexuality during their security vetting,” he said.

Closing out the video Moore thanks his LGBTQ+ colleagues both past and present for their hard ward work.

“I am thanking current and former LGBT+ colleagues for the contribution they have made and continue to make, to MI6 and to our country,” he said

“We still have more to do to become a fully inclusive employer and my goal for MI6 is to make it a workplace where you can always bring your true self to work.

“MI6 is open to people from all backgrounds, races, ages, genders, sexualities and all ways of thinking. Diversity makes us more effective inclusion makes us stronger.”

Since the release of the apology, Sir Ian McKellen has come out and explained how lifting the ban, helped changed society’s perception of the LGBTQ+ community.

“Having so boldly accepted there has been injustice in the past within its own organisation, it gave heart for people to think ‘well perhaps you could spread that principle of honest and equality to other areas of life’,” he said during a virtual discussion with Richard Moore.

Watch the full apology below.

Marking the 30 year anniversary of lifting the vetting bar to LGBT+ employees in intelligence agencies in 1991, I apologise on behalf of #MI6 for the way LGBT+ colleagues and fellow citizens were treated, and express my regret for everyone whose life was affected #LGBTHM21 pic.twitter.com/bLsnNeY8RJ