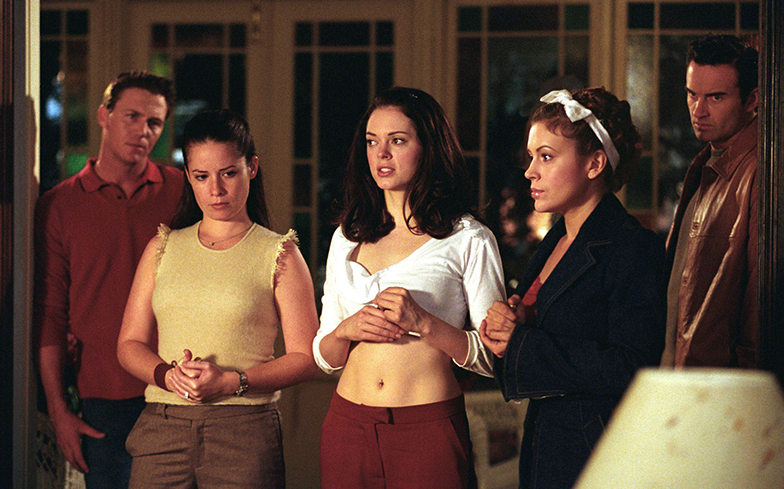 Julian McMahon has become the latest original Charmed star to express interest in a reunion film.

The actor, who played Cole Turner slash Belthazor on the fantasy drama from 2000-2005, appeared at the Television Critics Association press tour earlier this week (12 January) and was asked if he’d ever return to the franchise.

“Well, if they brought in the character Balthazar, I don’t think you’d want anybody else to play him, that’s for sure,” he told The Wrap, before admitting: “Yeah, I would love to. I had such a great time on that show.

“I mean, I came on that show, I think it was six episodes I was meant to be on the show and I stayed for three years. So that’s how much I enjoyed it. So yeah, for sure. And I think it was the 150th episode I went back for? Oh, I’d do that in a heartbeat.”

Last year, Insatiable star Alyssa Milano – who portrayed Phoebe Halliwell for its entire eight season run – sat down with Access Daily hosts Mario Lopez and Kit Hoover and teased a continuation of the show on Netflix.

When asked by Mario if a reunion is likely, Alyssa responded: “I think so yeah, Holly [Marie Combs] and I talk about Charmed movies a lot. They have a new Charmed which is on The CW and it’s a very different storyline.

“It’s a different show and it felt like they were trying to capitalise off the name, but not continuing on the storyline or the legacy. It was tough, but we have been talking about maybe doing some films for Netflix, so I think that would be really fun.

“I think it’s a great way to celebrate our fans that have stuck with us for such a long time, but still give it new blood.”

In 2018, Holly (Piper Halliwell) said a ninth season of the show wasn’t feasible but would return for a movie, and Brian Krause – who played her love interest Leo Wyatt – agreed, saying said a film is “possible”.

Rose McGowan – who played Paige Matthews from season four until season eight – is also on board.

“I think I would if it was a limited series, like maybe Netflix or Amazon or eight episodes, that would be amazing,” she revealed at the Paris Manga & Sci-Fi Show last year. “I would hope that Shannen Doherty would be in it too.”

Shannen starred as Prue Halliwell, the third and oldest sister who was controversially killed in the season three finale as a result of on-set disputes. She was replaced with Rose’s character, their long lost sister.

Even though the show made it a habit of bringing back deceased characters (Patty, Grams, Cole), Prue never returned, which meant that Shannen and Rose never shared a scene together. Hopefully a Netflix film can rectify that?

The CW debuted a reboot in 2018 with a new cast and different characters. Although it’s received mixed reviews since its premiere, the show was recently renewed for a third season, which will air later this year.

Watch Julian McMahon and Alyssa Milano share a scene as Cole and Phoebe below.