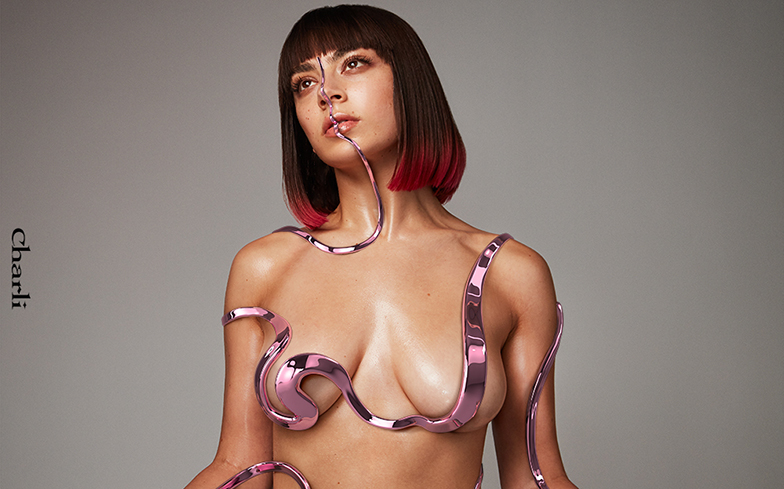 After dropping two mixtapes that debuted a brand new future-facing sound, winning critical acclaim in the process, expectations went through the roof for Charli XCX’s long-overdue third studio album. So we’re happy to report that the record is very much the one fans have been waiting for. While singles 1999 and Blame It On Your Love were very much made-for-radio bops – and great ones at that – the rest of the album sounds like a natural evolution of Pop 2, taking those glittery synths, distorted vocals and grinding beats to a whole other soundspace.

Again, Charli puts queer artists front and centre, with standouts including the industrial Kim Petras and Tommy Cash-featuring bop Click, which will have you listening through gritted teeth for its final 30 seconds; and Shake It, which sees Charli once again team up with I Got It collaborators Pabllo Vittar, Brooke Candy and CupcakKe, this time adding bounce music innovator Big Freedia into the mix. These two tracks – along with the recently released Troye Sivan collaboration 2099 – are the most experimental we’ve heard the pop superstar. Part of Charli’s magic is her ability to overload her records with guest features and allow them to showcase their own unique style without ever losing her own voice in the mix. It’s also what makes her such a shining example of a true LGBTQ ally; handing over her platform to up-and-coming artists from the community in a way that feels cool, genuine and never crosses the line into queer-baiting.

There are some stripped-back moments buried amongst the extravagant production and epic team-ups, though. Tracks nine through twelve see Charli stand solo as she muses various relationship scenarios that genuinely tug at the heartstrings. White Mercedes, which bears resemblance to Julia Michaels’ chill mega hit Issues, is the most pure pop track on the album, allowing Charli’s underrated vocals a rare moment to shine through the usual distortion over a soaring chorus that’s perfect for a ‘lighters up’ concert moment. Silver Cross pulsates with a racing beat and is sure to become a fan favourite, while I Don’t Wanna Know merges stadium-ready drums with some of the most heartbreaking lyrics in her discography. The set is rounded off with Official, a sugary sweet mid-tempo that sees Charli question how she and a new lover can make their relationship concrete over the simple twang of a guitar, before ascending into something that can only be described as ethereal. Following track Shake It – we’re mentioning it again because, truly, it’s incredible – is a jarring but welcome transition, and album closer 2099 looks forward with an aggressive brag-a-thon from Charli and Troye that takes both their sounds to new heights.

Just like the album’s opening track claims, this really is Next Level Charli. “Turn the volume up in your bedroom, put your hands up and scream,” she instructs on the sparkly intro, which is exactly what we’ll be doing every time we play this album. There’s no telling what the future of pop music will sound like, but Charli is the most convincing argument we’ve heard so far.

Charli is released Friday 13 September via Asylum and Atlantic Records.