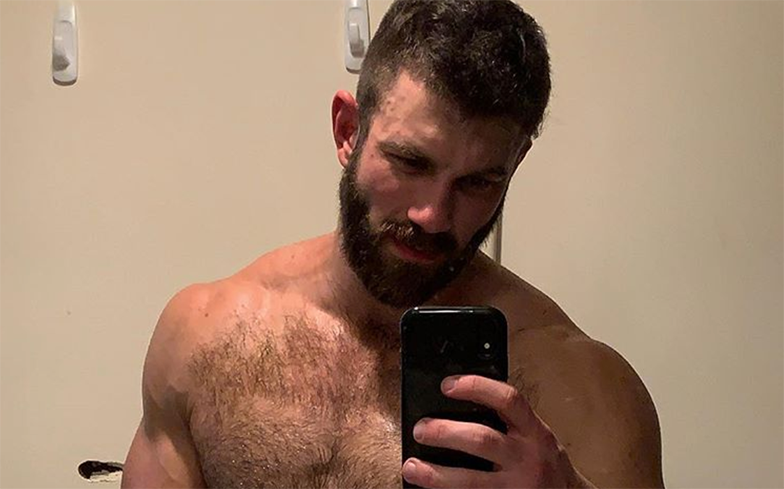 “To me, money is money. It came from the heart.”

Dave Marshall, an openly gay wrestler, was rejected from a charity because his donation came from “pornography”.

The Aussie raised over $5000 for Beyond Blue – a suicide prevention company – via his Only Fans account, but was contacted by organisation after his conversation with Gay Star News.

“The reason the money I raise from my OnlyFans goes towards Beyond Blue is seeing everyday how big depression and anxiety has become in society and almost overlooked,” he told his Instagram followers.

“Older men have a “Harden the fuck up” mentality they were brought up with. Stats on LGBT in this area are quite scary too so I hope I can in some way, give back to my community. Positivity is everything.”

After Gay Star News broke the story, Beyond Blue told Dave they can’t accept his donation because it came from “gambling, alcohol and pornography”.

They also said he used Beyond Blue to “promote the sale of products” that he offers “in the field of pornography”, and told him to remove all mention of their organisation on his social media channels.

Dave was reportedly shocked by their response, and admitted: “To me, money is money. It came from the heart.

“At the end of the day, it was a personal donation of my money but I don’t want to be quiet about what I’m doing. So it wasn’t the charity for me.”

Since his rejection, Dave has found another mental health charity who will accept his donation – the Black Dog Institute – and intends to donate double the amount ($10,000).

“They are another of the bigger ones in Australia,” he explained. “As my father was one of the main factors in the choice of charity, it’s quite fitting.

“It’s a cause that I am proud the help. Now more than ever, I’m even more proud of the organisation for accepting me and my donations.”

Beyond Blue got into contact with Gay Star News and issued a statement as to why they rejected Dave’s donation.

They stated: “Beyond Blue is a mental health not-for-profit organisation that provides information and support to all people in Australia experiencing depression, anxiety and suicidality. We have a proud record of advocating on behalf of, and providing support to, LGBTI communities and this continues.

“We are humbled by the extraordinary support of many individuals who raise funds for our work. But we have a clear fundraising policy that does not permit us to accept proceeds from certain activities, including from the sale of pornography. We also ask that community fundraisers register their activity with us so we can support what they’re doing.

“We found out about the background to Mr Marshall’s generous donations through media reports, and we then contacted Mr Marshall to clarify whether the funds he had personally donated to Beyond Blue had been derived from the sale of pornography. To that point we had accepted those funds believing them to be personal donations.

“We expressed our sincere gratitude to Mr Marshall for his support of people affected by depression, anxiety and suicide and offered to refund his donations. We respect his decision, his ongoing dedication to the cause and wish him well.”