Carlie Hanson on her sexuality, struggles with mental health and touring with Troye Sivan 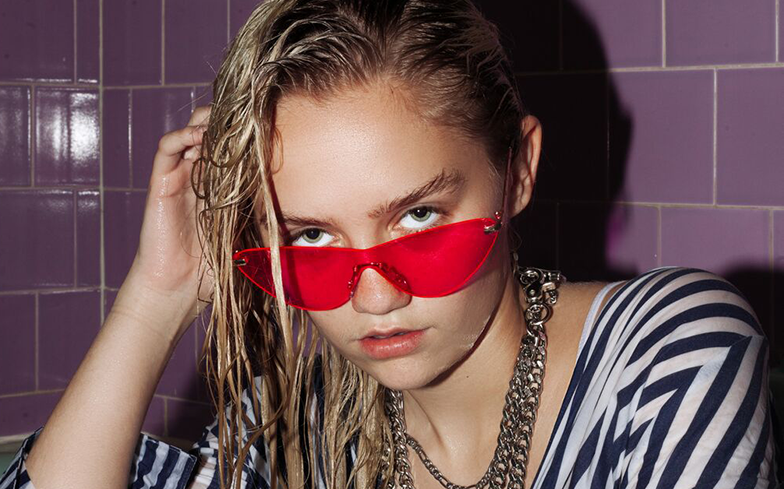 “Anxiety. Depression. It’s real, and a lot of people – especially this generation – struggle with it, and it needs to be talked about. We need to be able to help each other.”

She’s only released four tracks so far, but Carlie Hanson is making her motherfucking mark on the music industry.

With each single, the American singer/songwriter has blessed us with pop perfection, especially with her feel-good summer bop, Only One, which has been streamed over 41 million times so far. Oh, and her Spotify following? Nearly a million.

Carlie sat down with Gay Times for a frank discussion about her music, her sexuality, struggles with anxiety and depression, and her upcoming tour with Troye Sivan.

When did you realise that you wanted to be a musician?
Singing is something I’ve always wanted to do. I can’t remember a time where I didn’t want to be in music or not be a singer. I would always sing Survivor by Destiny’s Child.

Who are your inspirations in the industry?
Growing up, Justin Bieber was the biggest one. One Direction. As I got older, I started listening to a lot of people on SoundCloud. Right now? Nirvana. I recently fell in love with the band. Especially Kurt and his writing, and it’s just such a huge inspiration for me. Obviously, he’s still not around, but I look up to them. Also Troye, and as you probably know, I’m going on tour with him. He’s also been inspiring me for sure, as I’ve gotten closer to him. I’ve seen how hard he works. His music too, it keeps getting better and better, and it’s really inspiring.

You must be so excited to go on tour.
So excited. It’s like unbelievable to me, and I don’t actually believe that it’s happening. When it happens you’re gonna see a whole different side to me. I can’t imagine what it’s gonna be like, it’s gonna be so much fun, but I am pretty nervous. I was pretty nervous for my first couple shows, but I’ve had like five shows now and I can tell I’m getting better, and it’s getting a lot more fun.

On tour, you’ll obviously be playing Only One, which was absolutely massive. 40 million streams on Spotify massive.
That’s another thing I can’t believe. I didn’t expect that song to do as well as it did, but that really was a crazy time. When it went onto Today’s Top Hits, and when it got added to Taylor Swift’s playlist, it was a huge huge moment. Playing that song live is definitely one of the most fun because people are usually singing along to that one. I’m usually the one in the crowd singing other people’s songs, but now it’s in reverse. It’s super weird, but it’s such a crazy feeling!

You’ve released four songs on Spotify so far. Can we expect an EP?
Yes! I’m hoping to put an EP out in the fall, and then I’ll be going on two tours so then I’ll be able to play those new songs. That’s the goal.

Can we expect a similar pop sound?
I think it’s definitely gonna be more urban sounding. It’s gonna be pop for sure, but definitely more urban, like Post Malone-ish.

We recently saw on Twitter that you told your mum about your girlfriend. How was that?
That was such a crazy moment. I was on such a high from that and it was great seeing the responses. It made me really happy. Has your mum always supported you?
At the end of the day, me and my mom are best friends. She’s supported me no matter what, and it’s the greatest thing in the world because not everyone has that relationship. For sure.

How do you define your sexuality? If you do, that is?
I don’t even know, to be honest! I don’t know how to define it.

Do we even need to define ourselves anymore?
Yeah, honestly. It’s just all people. I fall in love with different people all the time. Different genders, different personalities… I don’t really think about it when I’m interested in someone, y’know?

You’re part of a new generation of out-and-proud artists who are flying the flag for the LGBTQ community. How important is it for us to have queer representation in music?
It’s really important. Seeing Troye out there is really inspiring. It’s important, especially in our generation right now, where times are changing and queer is becoming a more common thing, people need to know about us. I think we’re doing a great job, making it an important conversation.

Olly Alexander from Years and Years admitted that he was told to not come out when he began his career. Have you experienced anything like this?
No. I’ve always been told to be myself, and that’s what I’ve always gone with. I’m not gonna let anyone tell me not to show my true colours or anything. I think that’s terrible, that he was told that.

You’re quite open about your struggle with depression and anxiety, is it important for you to speak up about these issues?
Yeah, of course. I think it’s important because I feel like there’s a lot of people in this generation are suffering with it. I think social media has a lot to do with why a lot of young kids are having mental health issues. Anxiety. Depression. It was important for me to speak out about that because after I opened up about my struggle with anxiety, it was cool to see a lot of people respond. I got a lot of messages from people talking about how they relate, and I told them that I can talk to them any time, and they can talk to me any time. It’s real, and a lot of people – especially this generation – struggle with it, and it needs to be talked about. We need to be able to help each other.

It must be amazing to have fans say you’ve helped them.
They’re like my friends. They’re normal and young like me, and they go through the same stuff. They understand a lot of what I talk about online. It’s really really cool to have that kind of connection.

Sorry, I just realised I hit you with some quite hard topics there.
Yeah, it’s so fucking early man! [Laughs]

On a more lighter note, where do you see yourself as an artist in a few years time?
A couple years? I hope to have put out an album by then. I hope that I’ve met Justin Bieber, and maybe collaborated with him. I definitely wanna be doing my tours, and just playing shows all the time, doing some sick music videos. And to just have a lot more music, because I’m excited to be playing new songs, and seeing everybody’s reactions!