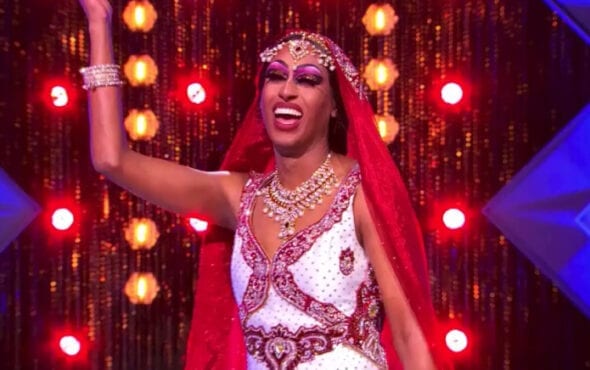 The brand new line-up for the judging panel on Canada’s Drag Race season two has been announced.

Brooke Lynn Hytes, who made herstory as the first former Drag Race contestant to become a judge on the franchise, will be joined by season one guest host Amanda Brugel, TV personality and celebrity stylist Brad Goreski and Traci Melchor, ETALK Senior Correspondent.

Trevor Boris, showrunner, said in a statement: “The secret’s out! We are so excited about our judging panel this season. They make a fabulous team, and the fans are going to love what each brings to the table. Brooke Lynn Hytes is drag royalty and brings so much experience from season one, while Brad is a style icon, who is as funny as he is fashionable.

“We’re also thrilled that Amanda and Traci are joining the team. Amanda was such a hit on the panel last season, and is of course an award-winning actress who will share her talents with our queens. And Traci is a legend of the Canadian entertainment industry and a huge supporter of Canada’s 2SLGBTQ+ and drag communities.”

Brooke Lynn said she’s “thrilled and honoured” to return for season two, before hailing the upcoming season as “fresh, fierce and fabulous”.

“I am incredibly honoured to be joining the Drag Race family. Now that the world has been introduced to the exceptional talent of our northern queens, I feel so fortunate to be able to champion the next class of drag royalty!” declared Brugel, while Goreski said he “can’t wait to see the amazing looks and artistry” of the brand new crop of queens.

Melchor, who recurred on the first season as Canada’s Squirrel Friend, added: “Joining Canada’s Drag Race as a judge is a dream come true. I’ve been invested in this franchise since the beginning, and every season I see its impact in the lives of the queens it features and the community it celebrates.

“There’s no other show that brings the funny, the fabulous, and the family together quite like Drag Race!”

The press release promised the return of Snatch Game, Rumails and Untucked for season two, as well as “a few surprises and ‘RU-veals’ that have never been done before, while also celebrating the uniqueness of Canada’s drag scene and queer community.”

The news arrives after season one judges Stacey McKenzie and Jeffrey Bowyer-Chapman announced their departure from the series. McKenzie, known for her modelling career and various appearances across the Top Model franchise, was unable to return due to “COVID-related challenges”.

Due to his prior commitment on Disney+’s upcoming Doogie Hower reboot, Bowyer-Chapman was also forced to drop out.