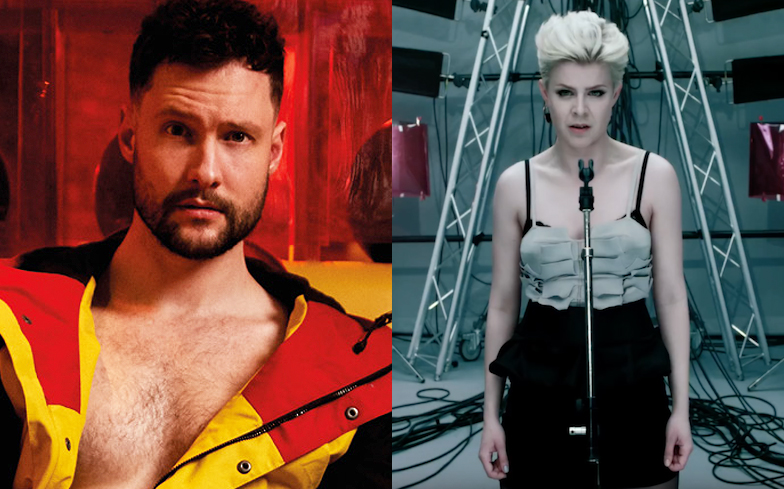 When Calum Scott took to the Britain’s Got Talent stage back in 2015 to audition with a stripped-down version of Robyn’s Dancing On My Own, he had no idea what his version would go on to do.

Even immediately after his time on the ITV contest, there was no real inkling that the cover song would go on to be a hit. It took another year before his emotional rendition started to gain steam, but once it did, it became a pop monster.

Calum’s version of Dancing On My Own has so far sold over 1.2 million copies in the UK, peaked at No.2 on the Official Top 40, and was even nominated for a BRIT Award.

On an international scale, it’s been certified platinum in the US, it was a No.2 hit in Australia, and made him a household name across mainland Europe.

But while his version of the song gained him millions of fans, and even some famous ones in the shape of Ed Sheeran and Nile Rodgers, Calum didn’t hear from the lady who essentially helped launch his pop career: Robyn.

He’d reached out on Twitter and he was asked in every interview what she thought of the track, but for more than a year he had no idea if she was happy with it or not.

Of course, we can’t imagine she complained about the royalty cheque she received, but having validation from an artist whose song you’ve covered would give you peace of mind.

So when we grabbed Calum on set of his first ever Gay Times cover shoot last month, we had to find out if he’d finally heard from the Swedish popstar yet.

“I met with a guy called Patrick Berger who is the other songwriter on that record, and I said, ‘I’m glad that you love this new life that’s been breathed into it, but does Robyn like it?'” he told us.

“I had reached out, but never managed to get hold of her. She did say to Patrick that she’s given the thumbs up to my version, so I was like, ‘Thank god! I can sleep easy.’

“It was finally a sigh of relief after a year and a half.”

You can read our full cover story with Calum Scott in the March 2018 issue of Gay Times, which is out now.

The Hull-born singer talks about his debut album Only Human, and how his traumatic coming out when he was a teen, as well as navigating his sexuality as he became famous, influenced the themes within his lyrics.

If you want to be one of the first to hear Calum perform new songs from his album, you can buy tickets for his super exclusive Gay Times Intimate & Live headline show at the London Hippodrome on 14 March.