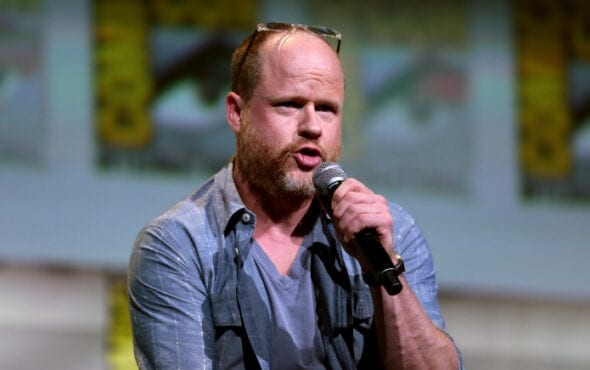 Charisma Carpenter has accused of her former boss Joss Whedon of being “cruel” and “emotionally abusive” on set.

The star, who played Cordelia Chase on Buffy the Vampire Slayer and Angel from 1997 until 2004, released a powerful statement on social media titled ‘My Truth’, in which she recalled how his abuse of power left her traumatised.

“While he found his misconduct amusing, it only served to intensify my performance anxiety, disempower me, and alienate me from my peers,” she wrote. “The disturbing incidents triggered a chronic physical condition in which I still suffer.

“It is with a beating, heavy heart that I say I coped in isolation and, at times, destructively.”

Carpenter hash-tagged her post ‘#IStandWithRayFisher,’ a reference to the star who spoke out about Whedon’s “gross, abusive and unprofessional” conduct on the set of Justice League, which resulted in his dismissal from The Flash.

She said Fisher’s statement “gutted” her because Whedon – who also wrote and directed Marvel’s The Avengers and its sequel Age of Ultron –  has a “history of being casually cruel” and creates “hostile and toxic work environments”.

“Like his ongoing, passive-aggressive threats to fire me, which wreaks havoc on a young actor’s self-esteem,” continued Carpenter. “And callously calling me “fat” to colleagues when I was 4 months pregnant, weighing 126 1bs.”

Carpenter said he would “pit” his cast members against each other to vie for his attention and approval, and would be “disparaging about others openly”.

When she became pregnant during Angel’s fourth season, Whedon asked if she was going to keep the baby and “manipulatively weaponised” her womanhood, before attacking her character and mocking her religious beliefs.

After accusing Carpenter of sabotaging the show, Whedon incorporated her pregnancy into Cordelia’s arc with a messy storyline that, in all honestly, soiled years of character development, and fired her from the series.

“With tears welling, I feel an overwhelming sense of responsibility to Ray and others for remaining private about my experience with Joss and the suffering it has caused me,” she explained further.

“It is abundantly evident that Joss has persisted in his harmful actions, continuing to create wreckage in his wake. My hope now, by finally coming forward about these experiences, is to create space for the healing of others who I know have experienced similar serialized abuses of power.”

You can read Carpenter’s statement in full below.

Following her statement, several of Carpenter’s co-stars supported her claims.

Amber Benson, who played Tara Macclay on Buffy, said: “Buffy was a toxic environment and it starts at the top. @AllCharisma is speaking truth and I support her 100%. There was a lot of damage done during that time and many of us are still processing it twenty plus years later.”

Sarah Michelle Gellar, who played the titular role on the beloved fantasy drama, said: “While I am proud to have my name associated with Buffy Summers, I don’t want to be forever associated with the name Joss Whedon.”

She then stated that she stands with “all survivors of abuse” and is “proud of them for speaking out.”

Michelle Trachtenberg, who played Dawn Summers, reposted Gellar’s post on her Instagram with the statement: “I am brave enough now as a 35 year old woman… To repost this. Because. This must. Be known. As a teenager. With his inappropriate behaviour… very. Not. Appropriate.”

On her Instagram stories, she also wrote: “We know what he did. Behind. The. Scenes.”

Clare Kramer, who played season five villain Glory, tweeted: “For what it’s worth, I believe and stand with @allcharisma, @ray8fisher, @amber_benson and others who have the strength to come forward with their truth. A lot of this industry needs a reset.”

Fisher later called Carpenter “one of the bravest people I know” and expressed gratitude for her “courage and for lending her voice to the Justice League investigation.”

Buffy was a toxic environment and it starts at the top. @AllCharisma is speaking truth and I support her 100%. There was a lot of damage done during that time and many of us are still processing it twenty plus years later. #IStandWithRayFisher #IStandWithCharismaCarpenter https://t.co/WJAmDGm76C

For what it’s worth, I believe and stand with @allcharisma, @ray8fisher, @amber_benson and others who have the strength to come forward with their truth. A lot of this industry needs a reset….. #IStandWithCharismaCarpenter #IStandWithRayFisher

Charisma Carpenter is one of the bravest people I know.

I am forever grateful for her courage and for her lending her voice to the Justice League investigation.

Protect her at all costs.