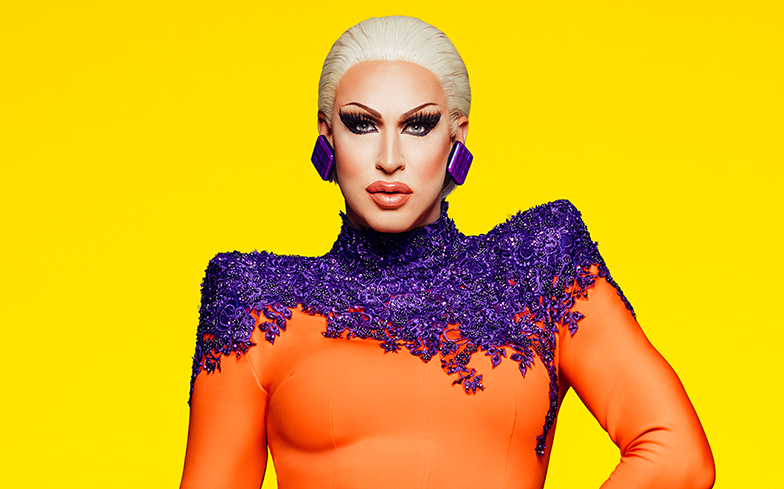 Brooke Lynn Hytes has cancelled her upcoming appearance at The Sickening Ball Tour due to Drag Race-related obligations.

The Dark Presents released a statement earlier this week, saying: “Drag Race contestants are contractually obliged by the production company to make themselves available for anything Drag Race related (filming).

“This has been the case with Brooke Lynn. Brooke would like to apologise for any inconvenience caused and we are working with her management to bring her down under in 2020.” They announced season two runner-up Raven as her replacement.

Naturally, fans have been speculating what she’s been recruited for. All Stars 5 has completed production and season 12 is currently filming; with Drag Race Canada recently confirmed, could she be on-board as a contestant, or even… a host?

“Do you guys think Brooke would ever go on DR Canada as a contestant? I would gag,” said one fan on Reddit, while another opined: “Having a runner up as the host that hasn’t even had time to establish themselves post show is a bit of a joke.”

Drag Race Canada was confirmed as the latest international spin-off of RuPaul’s Drag Race by World of Wonder and Mama Ru earlier this year. Casting begins this summer and production is scheduled to start in Ontario this fall.

When we spoke to Brooke about the spin-off, she told us: “I’m happy because, and I know I’ve said this in a lot of interviews, but it’s tough in Canada because there’s nowhere and nothing for the girls to do.

“There’s nothing to be inspired by or aspire to be because we don’t have a big pageant scene, so there’s no national Canadian drag pageants to enter. We don’t have television shows, so once you get booked in the bars, that’s really all you can do.

“I’m really excited that we have it coming so we can push ourselves to be better.

We asked the star if she’d like to host, to which she responded: “If they call me, I’m not going to say no. We’ll have to wait and see, I’ve not heard anything about it yet, but I’m sure they have someone fantastic lined up for it.”

See? It’s a possibility! And of course, because we know how to keep the fans happy, we questioned whether an All Stars comeback is likely. “Oh my god. That’s like asking a woman who had a baby if she’s going to have another baby,” she said.

” I don’t know! I haven’t been asked. I think they’re in the process of making one right now, or they’re making one soon, so probably not season five. But I mean, I’m definitely open to going back in the future.

“I’m riding this wave right now, so I don’t need to go back, and I don’t necessarily want to go back because it’s a lot to put yourself through! But in the future, I’m absolutely open to it. I’m so thankful for the franchise and everything it’s done for me.

“I’ve had a really positive experience, so I would definitely do it again. One day! In a couple of years.”

Related: Here’s every single season of Drag Race that’s been announced around the world.