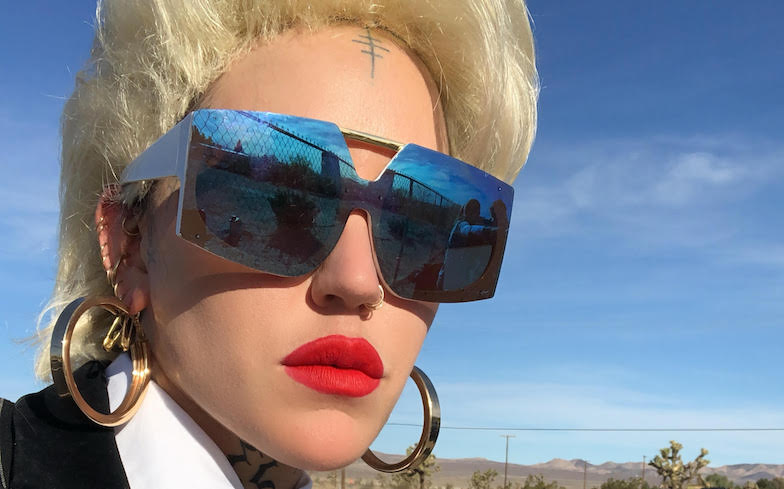 Our necks are officially cracked.

American rapper and songwriter Brooke Candy has teamed up with DJ duo Ojivolta for the massive banger, Oomph, and like we said above, it has caused some cracking of the neck (it’s the lyric, okay).

“Got you bitches dancin’, stick up, put your hands up, and I’ma make ya head nod, bet,” Brooke raps before the chorus. “This the type of beat that make you crack yo neck.”

Earlier this year, Brooke made her directorial debut with I Love You, a queer pornographic film which boasts the honour of being the first adult movie to feature full-length gay, lesbian, and trans scenes all under one title.

“Women are delicate, beautiful heavenly bodied creatures that deserve to be praised and cherished and worshiped,” she told us. “But popular culture has chosen to portray them as weakened sex objects or the secondary entity to a man. Fuck that.

Brooke also revealed how her life has changed since becoming an independent artist.

“It’s become bliss because I can finally be my true self and do what I want without worrying about whether or not a mass amount of people will want to consume it,” she explained.

“I’d rather live on the outskirts of society as an independent artist making the art I believe, than be some cog in a machine built to dumb people down and keep them docile.

“That’s not my gig. I’m here to create and uplift from a place of honesty.”

Oomph by Brooke Candy and Ojivolta is now available on iTunes and streaming services.