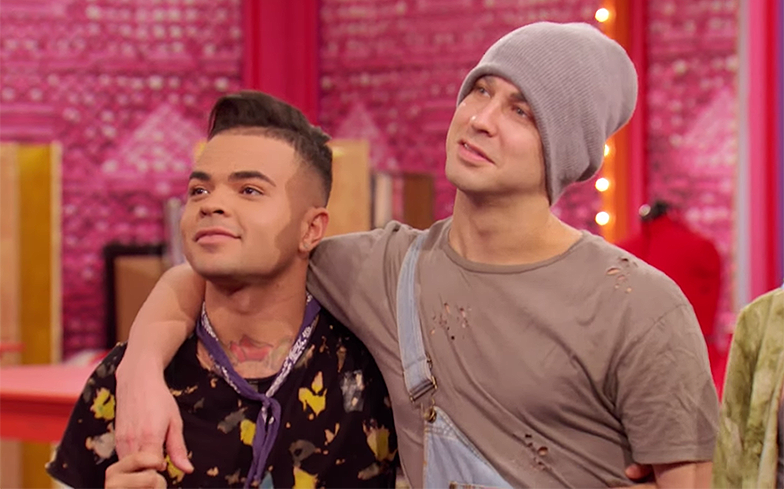 “We have a crush on each other.”

Over the past few weeks, Drag Race season 11 stars Brooke Lynn Hytes and Vanessa Vanjie Matteo have been getting close… real close.

Their romance was first spotted in the season’s third episode, where they shared a kiss on the lips and a passionate embrace. And during last week’s Untucked, the queens investigated their budding relationship with the help of Tiffany Pollard.

In the preview for the upcoming episode, the queens further question them both on their canoodling, to which Vanjie responds: “Brooke Lynn’s a good friend of mine, a really good friend. It’s real fresh out the womb.

“You know, I’m going with the flow and if those kisses keep coming, I’m gonna keep accepting, if you know what I’m saying…”

Oooooo gurl! It’s taken 11 seasons but we finally have a Drag Race romance! By the way, Alaska and Sharon Needles don’t count because it was off the show, and Jinkx Monsoon and Ivy Winters wasn’t even a thing, so…

For the this week’s maxi-challenge, the queens will showcase three Halloween inspired lewks for a spooky pageant of monster inspired couture. Cara Delevingne and Elvira will guest judge.

Watch the first 12 minutes of the episodes below.


Related: Trixie & Katya on why they’ll never be paragons of responsibility | Amplify by Gay Times.