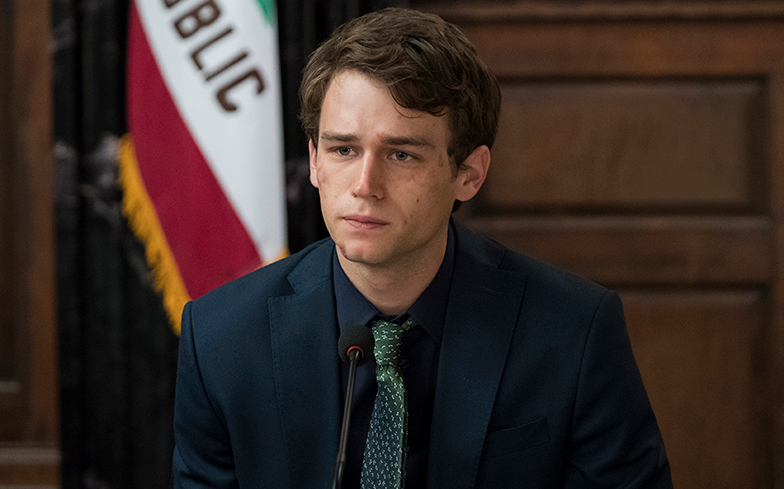 Brandon Flynn has hit out at “scandalized” rumours surrounding his dating life.

The American actor – who’s best known for his role as Justin in Netflix series 13 Reasons Why – recently opened up about his sexuality, his role on the controversial drama and media reports about his personal life for Variety.

“I try to keep my head down because it really doesn’t do me any benefit, but there is always this buzz around sexuality, and it’s hard not to look at it as judgement,” he said.

“One example is me coming out. I came out to my family and my friends around 10 years ago.”

Although Flynn had been out as gay in his personal life, he wasn’t out to the world. When the industry “caught wind” of the actor’s sexuality, they chose to out him – which he says was “frustrating” because he felt judged.

“It didn’t seem that it would make a difference whether I came out or not because it’s just my life, and if people were watching my life, they would just know that,” he continued.

“But it did feel like I had to come out — even though I didn’t ever come out to the public, in a weird way, I just one day read an article where I came out in the terms that they wanted me to come out.”

When asked how he feels about headlines surrounding his personal life, Flynn said: “It’s hard not to feel like something in my personal life is not being scandalized because that’s kind of the way it feels when you read headlines about yourself.

“Especially when you read headlines that have this big bang to them, and then you read the article and you’re like, “Why did you write that article? There is actually nothing there.”

“It’s all just something to egg on some sort of rumor cycle that will just keep going around until you finally get something that will actually just make it all true or false. So, it’s hard not to feel scandalized.”

Flynn said there’s a “heightened interest” in his dating history because he’s a gay man, and suggested the media wants to see anyone in the spotlight “fail” because of the headlines they produce.

” That’s where it’s hard not to read these headlines and feel like that’s what is wanted, that it’s wanted to see me fail,” he explained. “It feels like a slight. But no one wants to write that article or read that article that would be like, “Oh! Brandon is with this person and we are so happy for them!”

“There’s always something behind it and there’s always some sort of scandal that wants to be revealed, and that’s frustrating. And in fact, it wouldn’t be there if I was with a woman. Well, it would now, if I were dating a woman — it would be a f—ing circus, I’m sure.”