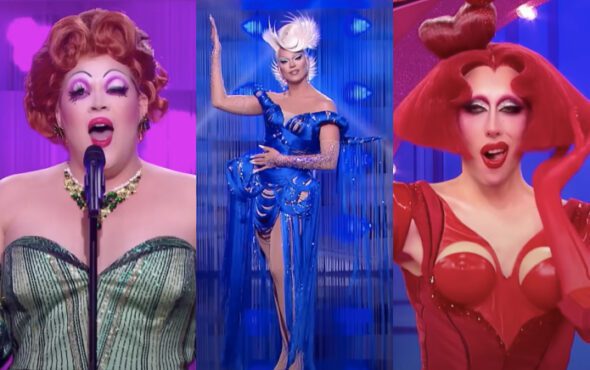 WOW Presents Plus has released a sickening new trailer for Drag Race France ahead of its premiere this week.

Hosted by Drag Race season 12 alum Nicky Doll, the series will introduce 10 fierce new competitors to the franchise who will, as per, compete in a variety of maxi-challenges, runways and lip-sync smackdowns for the title of France’s First Drag Superstar.

Nicky, who makes herstory as the second former contestant to host a season of Drag Race after Canada alum Brooke Lynn Hytes, will be joined on the judging panel by actress and TV host Daphné Bürki and French DJ/activist Kiddy Smile.

In a statement to Entertainment Weekly, Nicky said she’s “honoured and thrilled to be the mistress of ceremonies” of the latest international spin-off, saying the series will “revolutionize” French drag and “give prominence to incredible queer artists”.

Drag Race France exclusively premieres 25 June on the streamer of all-things drag, WOW Presents Plus, in the UK and worldwide alongside its local, France.TV SLASH. Subsequent episodes air weekly from Thursday 30 June onwards.

Check out the brand new trailer here or below.