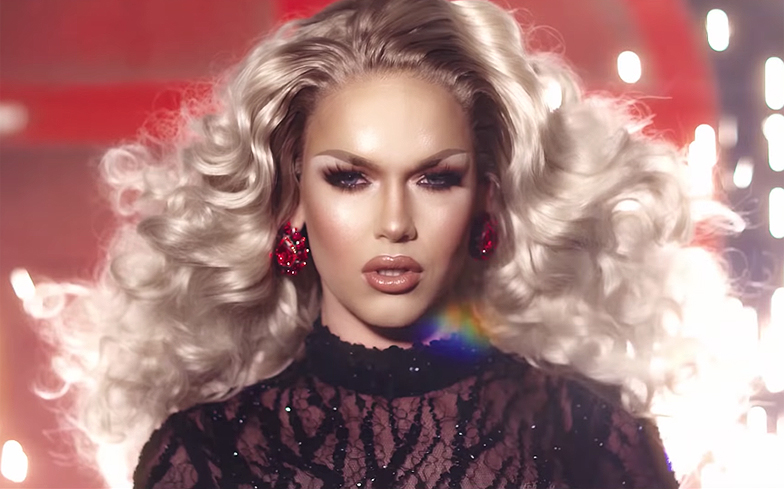 While many queens from RuPaul’s Drag Race have tried their hand at launching a music career (it’s almost expected of them now), Blair surprised us all when she released her genuinely brilliant club banger Now Or Never earlier this year.

Now, she’s back with another single called Irresistible, and it sees Blair at her most confident yet.

“Breathe me in ‘cause baby I’m your oxygen, addicted to me keep on coming back again, intoxicated on a high, adrenaline. You want me, I know it, so come on and show it,” she lusts over an infectious beat that’ll have you longing for the dance floor.

Blair closes her eyes, and imagines herself as a glamorous diva in a glossy music video where she serves lewks, choreo and even a sexy shower scene. Oh, and trust us, the budget is real hunties.

Irresistible is the third single to be taken from Blair’s album Call My Life, which was released over the summer. It became the first debut album from a Drag Race star to debut at the number one spot on Billboard’s Dance/Electronic Albums Sales chart.

Watch the video for Irresistible below.