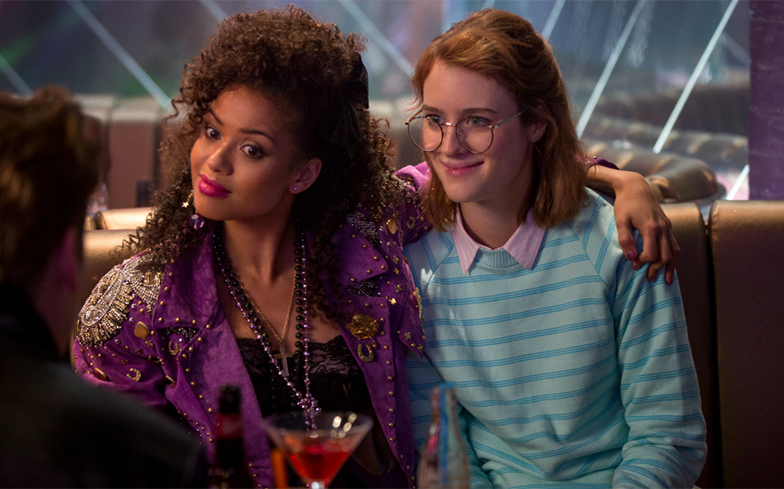 “More than anything else, people bring that episode up with me.”

Mackenzie Davis is up for a San Junipero sequel.

The episode, which aired during Black Mirror’s third season, told the story of Yorkie (Davis) and Kelly (Gugu Mbatha-Raw), two women who fall in love in a town called San Junipero, a simulated reality the elderly can inhabit.

It was critically-acclaimed for the chemistry between its two leads, and for the surprisingly uplifting tone in a series usually plagued by tragedy. It won two Emmy Awards and is often regarded as one of the finest episodes in television history.

In an interview with Radio Times, Mackenzie – who currently stars in Terminator: Dark Fate – was questioned if she’d ever return for a sequel episode, to which she responded: “Sure, I’d do another one! I mean everyone involved is the best.”

However, the star added: “I don’t really know if that story needs a sequel, that’s my only reservation – but if anyone can do it it’ll be Charlie and Annabel [Jones], who are the creators of the show. So, yeah.

“More than anything else, people bring that episode up with me,” she added. “It’s so funny. I was on a show for four years, and nobody ever even knows that! But yeah, San Junipero’s the one.”

“It feels to us, I think, that we told that story. It felt right to leave them where they were,” he revealed. “The world of San Junipero, that backdrop – that’s quite a rich environment for whatever ideas we had that we didn’t use in the end.

“For instance there was a scene originally where Yorkie goes looking for Kelly and discovers Kelly in a kindergarden looking after some kids. Which, later on, when you work out everyone there is dead, becomes a very poignant scene and setting.”

Brooker continued further: “But it was too strong a flavor to just drop in casually in that story. That’s the sort of thing you could potentially return to. So we occasionally discuss it. We haven’t done it yet but we may do it in the future.”

The fifth season of Black Mirror premiered earlier this year on Netflix to critical acclaim. The series was once again lauded for its inclusion of queer characters in the episode Striking Vipers, which starred Anthony Mackie and Yahya Abdul-Mateen II.

All five seasons of Black Mirror – and Bandersnatch – are available to stream on Netflix.