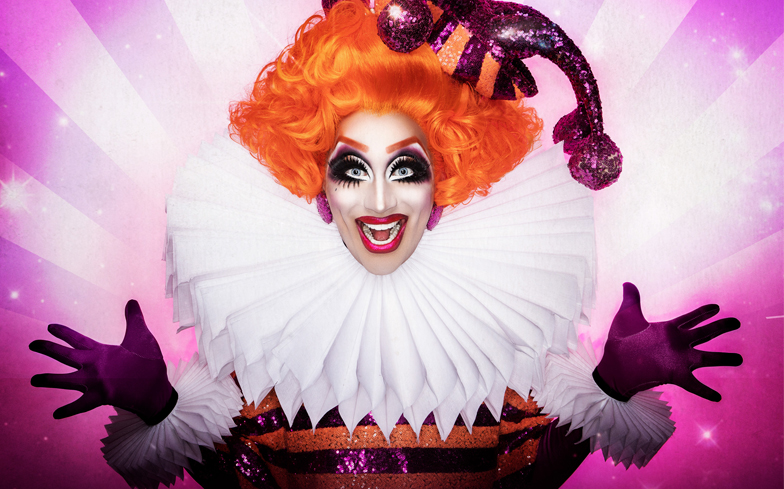 Bianca Del Rio has announced plans to headline London’s Wembley Arena next year, in what will be the biggest ever solo drag show the UK has ever seen.

The RuPaul’s Drag Race season six winner will bring her It’s Jester Joke to the iconic venue on 21 September, 2019.

“I’ve been told I’ll be the first drag queen to headline at Wembley Arena! I’m excited… but also concerned that they aren’t prepared for glitter and wig hair clogs in the dressing room sinks,” Bianca said.

“I’m incredibly grateful to perform at this beloved British venue before the retirement home comes knocking for me!”

The Wembley show will be part of a bigger 13-date tour of the UK and Ireland.

“I’m incredibly proud to have been able to be involved in the huge cultural movement of drag becoming so mainstream in the UK,” said Nathan Stone, creative director of The MJR Group.

“Who would of thought three years ago that we would be announcing the first ever drag queen to headline Wembley Arena!

“Over the past few years I’ve had the pleasure of witnessing the humble genius that is Roy Haylock [Bianca Del Rio] and I can’t wait to see him take to the stage in one of the UK’s best loved venues.”

Since being crowned the winner of Drag Race’s sixth season in May 2014, Bianca Del Rio has gone on to be one of the show’s most successful queens.

Along with headline shows across the world, the drag superstar has also starred and released in two of her own Hurricane Bianca movies.

Tickets for Bianca Del Rio’s It’s Jester Joke UK tour go on sale from 9am on 5 October, 2018. Fans can sign up for pre-sale access here.

Full dates for the tour are as follows: