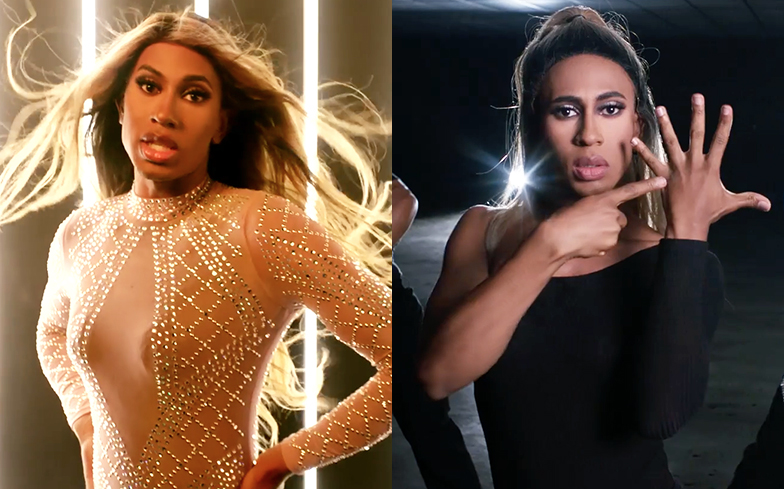 Now this is how you celebrate a royal occasion.

To honour the birthday of global superstar Beyoncé, YouTuber Kalen Allen – who’s also a correspondent on The Ellen Show – decided to give the best gift possible: a seven and a half minute long tribute to the highlights of her illustrious musical career.

Filmed over two days with a team of 10 people, the epic video features Queen Bey’s hits from Crazy In Love and Single Ladies all the way through to Formation and Apeshit, complete with the iconic lewks that accompany them.

Beyoncé (who rarely posts on social media) shared the video on her official Facebook page along with the simple caption, “Thank You”. In less than 24 hours it’s racked up over one million views, and fans are eating the tribute up.

The choreography! The outfits! The BUDGET! Watch the fierce tribute below.

“His expressions are on point, stunningly beautiful tribute,” wrote one fan.

“Wow, so much effort, work, practice, will, production… great birthday present!” added another.

“Growing up I used to do mini Beyoncé performances in school. Now that I had a platform and better resources I wanted to do it bigger and better,” he told BuzzFeed.

“I feel as though Beyoncé has reached the point in her career to which she deserves to be honoured and given her flowers. There is just something about the art she creates that is invigorating and absolutely mesmerising.”

It’s not the first drag tribute Beyoncé has enjoyed this year.

Back in March, she and husband Jay-Z were honoured with GLAAD’s Vanguard Award, which is given to allies who have made a significant impact on promoting acceptance for the LGBTQ community.

While in attendance, the couple were treated to an incredible performance from Drag Race legend Shangela, who lip synced and danced the house down to a medley of Bey’s biggest hits including Partition and Baby Boy.

Watch the performance that earned multiple standing ovations from Beyoncé and Jay-Z here.