Beginning is a wonderfully poignant exploration of love and loneliness – review 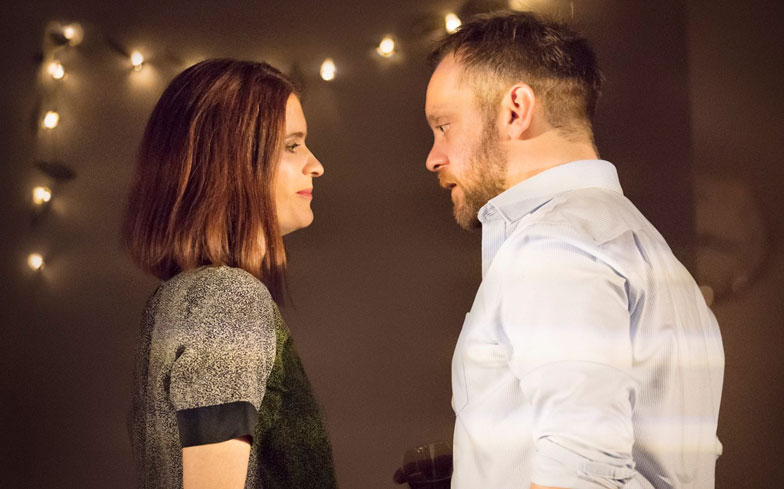 David Eldridge’s magnificent two-hander has transferred from the National Theatre to the West End.

Beginning doesn’t sound like much – set in a one-bed flat in Crouch End, it comprises a 100-minute conversation between Laura (Justine Mitchell), the host of the flat-warming party, and Danny (Sam Troughton), the last remaining guest. Danny has been invited as a friend-of-a-friend; this is the story of the first time the pair meet.

Brutally honest and excruciatingly real, their exchanges are both cringe-worthy and touching – and frequently absolutely hilarious. Without doubt, Beginning is one of the funniest and most engaging plays we’ve seen in a long time. This is, in part, due to the wonderfully-observed writing, which takes a series of everyday occurrences – whether that be tidying up or making a sandwich – and turns them into gripping set-pieces dripping with subtext. We genuinely couldn’t wait to see what would happen next.

It’s not just the writing here that’s first-rate, however – the acting is superb, too. Both actors turn in highly accomplished and nuanced performances; neither Laura or Danny are quite as they initially seem, and as the protective layers are peeled away through some gradual late night soul-baring and truth-telling, we discover two damaged people desperate to escape their lonely existences. They perfectly demonstrate that even in the age of social media, when we’re more connected than ever, and with dating or instant gratification available at the tap of an app, solitude can still persist.

The play is full of more optimistic moments, too. From their initial small-talk – Beginning is set in the autumn of 2015, a time when Laura is a passionate Corbynista who is excited that the USA may be about to elect its first female president – to later, more serious scenes, where the pair dare to dream of a future where they enjoy the happy-ever-after they have both been individually longing for – we felt genuinely uplifted by the vision of future hope prevailing over past disappointment.

Over the course of the play, we found ourselves hugely invested in the characters. There were plenty of difficult moments where we worried Laura or Danny would say or do the wrong thing after too many drinks – we’ve all been there – and hoped that one of them would conjure up the magic words that would persuade the other that, whilst clearly not easy or straightforward, a future together might just be worth working for. Their connection genuinely came across as rare and special; we totally bought into them and willed them on to succeed.

Brimming with beautiful real-life moments, and in equal measure hilarious, tender and devastating, Beginning is a wonderfully poignant exploration of love and loneliness in the city – a play we’re struggling to find fault with. Magnificent.